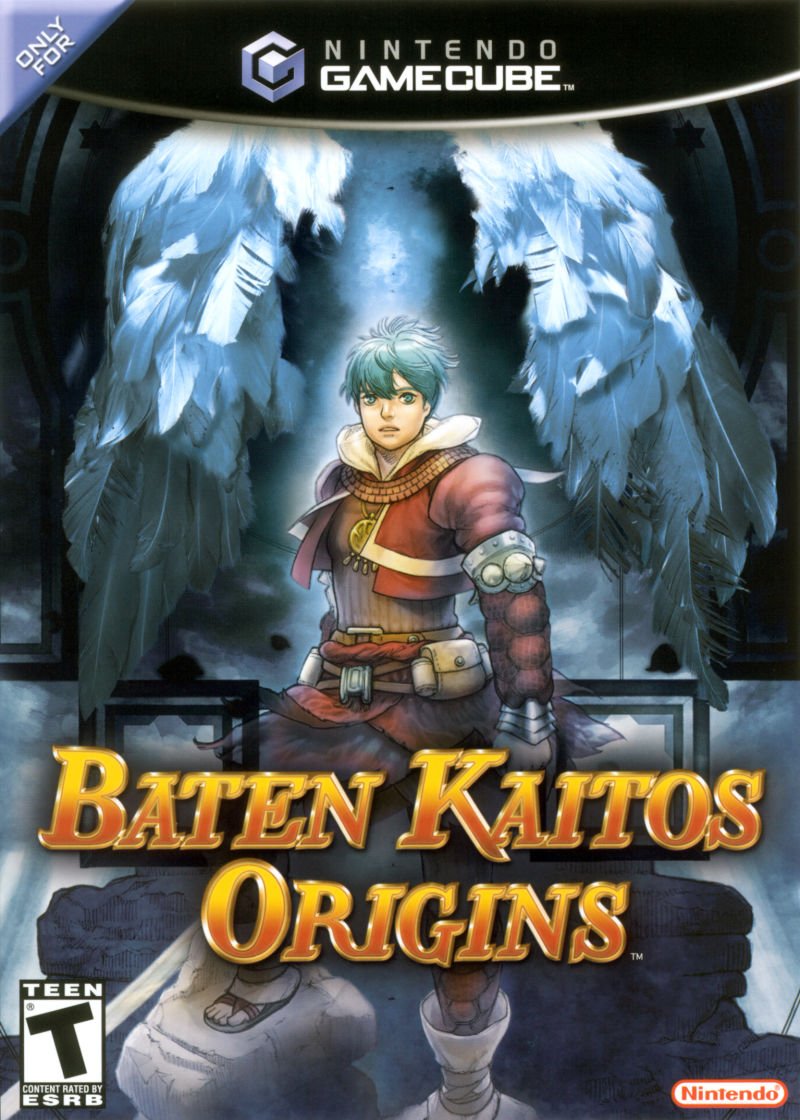 Baten Kaitos Origins is a prequel to Baten Kaitos: Eternal Wings and the Lost Ocean. Long ago, the evil god Malpercio attempted to destroy the other gods; a large battle of the gods ensued, and following this the people of the world were forced to flee to various islands floating in the sky. 1000 years after the war the people live peacefully in the sky for the most part; but Emperor Olgen, the emperor of one of these islands, has begun a plot to gain control of all the islands.

The main character of the story is Sagi, a "Spirit-born" individual who has been given a secret mission to assassinate Emperor Olgen. In similar fashion to Eternal Wings and the Lost Ocean, you don't actually control Sagi in the game but rather his guardian spirit. Throughout the game you can give Sagi advice, and as you progress the story will unfold revealing the plot that may threaten all of the islands...

Gameplay is similar to Eternal Wings and the Lost Ocean and features a card based battle system. Many items in the world have a "magna essence"; these items can be captured in a card for use later. Some items are useful for attacking and defending, others can help replenish your health, and some can be used to solve puzzles. When a battle begins your deck of cards will be randomly dealt to you; battles are turn based, on each turn you can select cards from those visible to use. Different cards also feature different attributes, and various combos are possible. When a battle is won, your characters will earn experience points, gold, and will also recover all hit points.

The battles in the game aren't random; as you explore the worlds, enemies will be visible on screen in some areas and contact with them begins the battle. In addition to the main story line, numerous sub-quests will also become available by talking with various characters; completing a sub-quest will typically earn a useful item for you as well as provide an opportunity for your characters to level up. You will encounter many types of enemies on both the main quest and subquests; since different enemies may require different strategies, you have the ability to customize the deck of cards you will use in battle. As you gain experience, you will also gain the ability to create multiple decks.