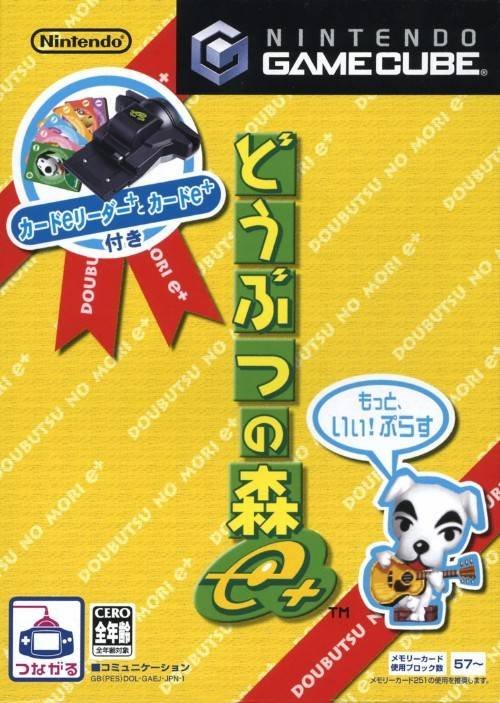 Animal Forest e+ had many new features and characters. One of these new features was the Town Decoration. Town decorations were structures that can be placed on signposts. These items can be bought in Tom Nook's Store or by inputting codes that could be found in the official site. All town decorations simply serve just one function; to be decorations.

There are also 18 new islanders in Doubutsu no Mori e+ in addition to the original islanders seen in Animal Crossing such as Marina, and 77 new exclusives such as Margie. The Island is also present, without the need of a GBA hookup, and eighteen new islanders. There is an entire extra row of fish and insects to collect, making 16 new species total that are not present in Animal Crossing including the Horse Mackerel, Squid, Octopus, Dab, Olive Flounder, Seahorse, Puffer Fish and the Swordfish and the Crab, Hermit Crab, Coconut Crab, Flea, Water Beetle, Birdwing Butterfly, Dung Beetle and Hercules Beetle for new insects. The latter two bugs and fish are only obtainable on the island.

Additionally, the Brook Trout from Animal Crossing has not been switched with the Herabuna as it was in previous games, and remains.

Villagers will also have the same house as others, with the wallpaper and flooring changed.

Thanks to Animal Forest e+ English Translation Project for this English translation.