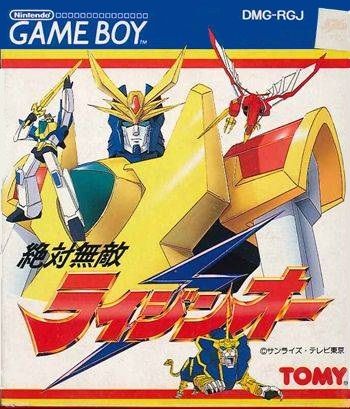 First, The Evil Jark Empire attacked from the Fifth Dimension, then their huge secret weapon “Arkdarma” began to attack humans… The world is in a sad state of affairs indeed. Lucky Reijin-Oh is here to save the day!

This game is a one on one mecha fighter, much like Ultraman, etc. You control a giant robot straight out of a japanese B movie and engage 8 equally giant creatures of darkness in mortal combat. You have an attack and jump button, but if you only rely on the standard punch you start with you’re asking to be mauled. You can punch your opponent all day and you’ll never get it below 3 or 4 life bars. The secret lies with the Select button, which will bring you to a menu with three options: Weapon, Body, and Combine.