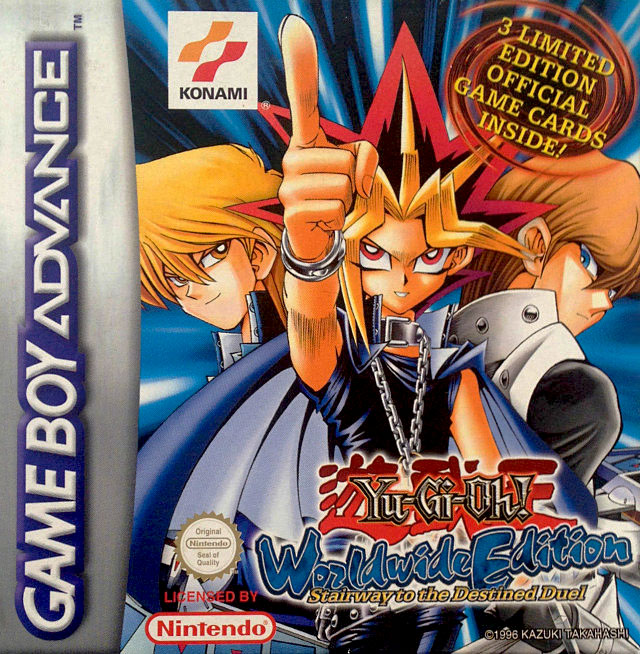 Yu-Gi-Oh! Worldwide Edition: Stairway to the Destined Duel is a censored version of Yu-Gi-Oh! Duel Monsters 6 EX 2 (including the card artworks). Released in both Japanese and English, it is set during the Battle City arc. The player duels characters from the anime and manga, participating in a few tournaments and duel single opponents they come across on the map screen. Cards are awarded for various reasons, including defeating opponents, winning tournaments and free cards with the Duelist Weekly magazine. This game contains around 1,000 cards.
tokor12644 and sowfer reacted to this