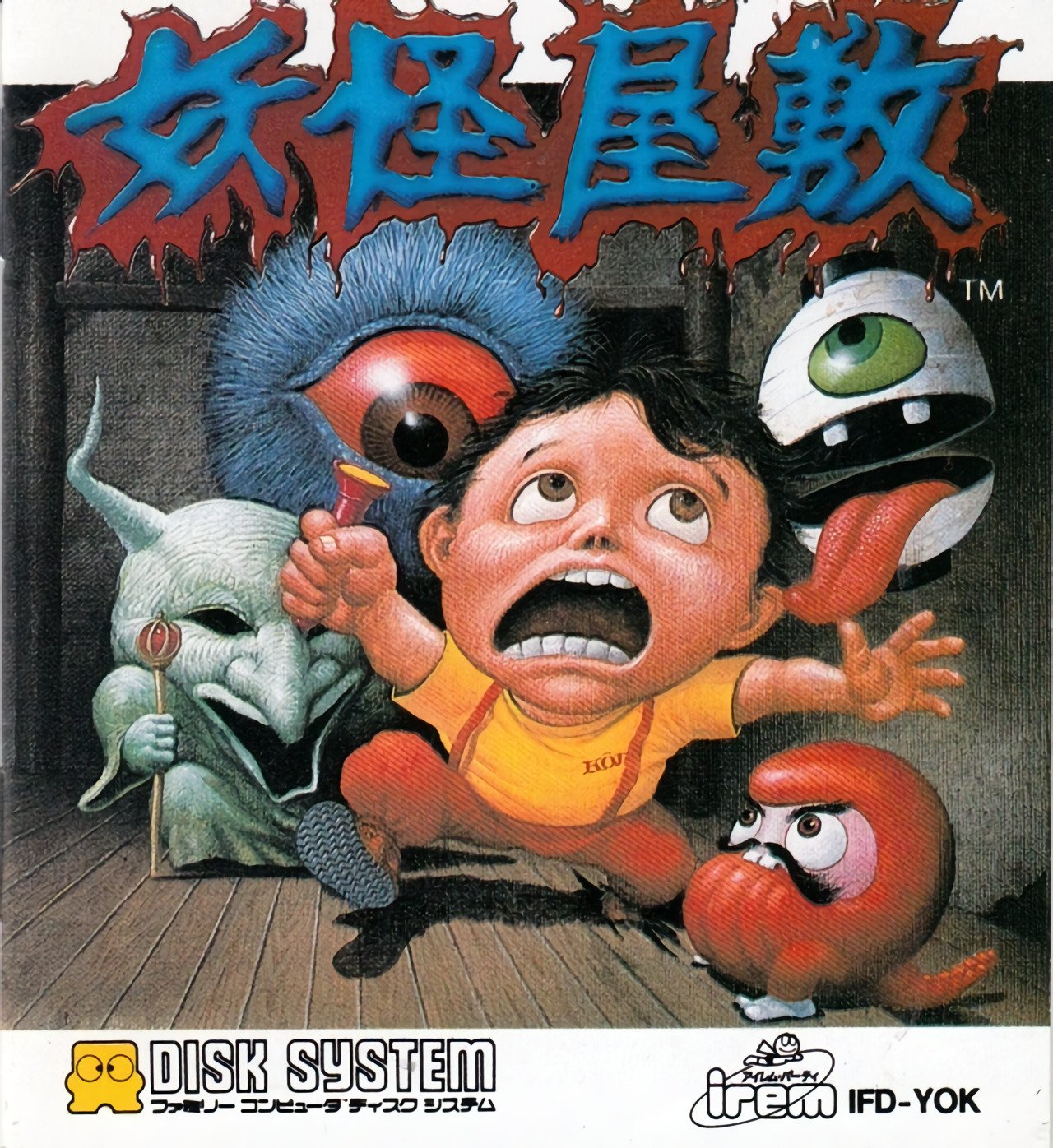 By GambierBae : December 18, 2020
Youkai Yashiki (translated as “Demon Mansion” or “Ghost House”) is an MSX game released by Casio for the MSX in 1986, and followed up by an FDS remake from Irem the following-year. It puts you in the role of a boy named Kouji, who is exploring a haunted house to look for his missing sister.