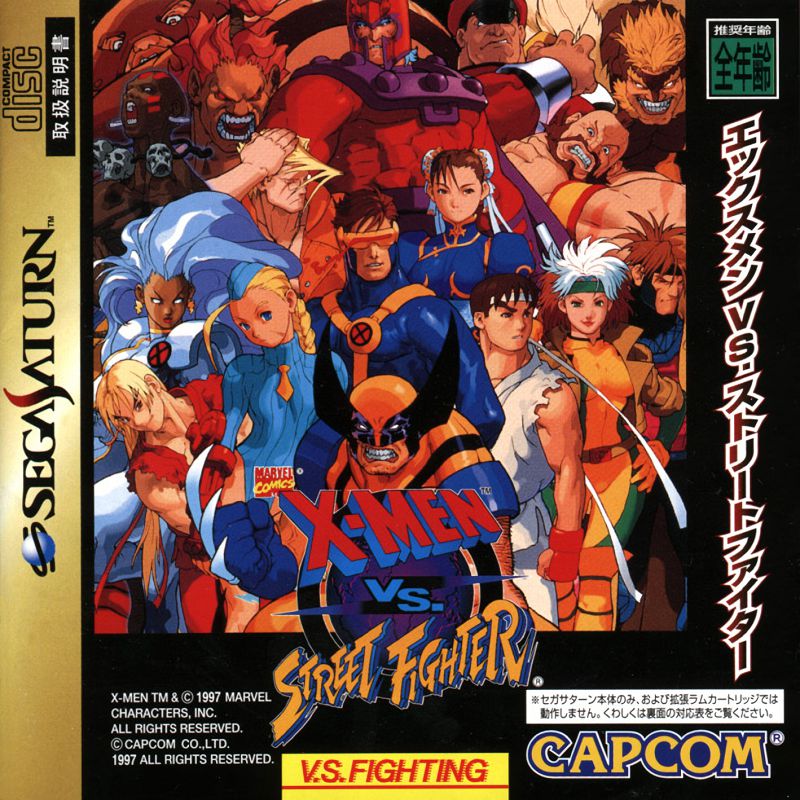 By GambierBae : March 30, 2019
X-Men vs. Street Fighter is a fighting game, the first in which characters from the Marvel Comics universe (in this case, the X-Men) compete against Capcom's own creations, the heroes of the Street Fighter series.

The X-Men characters are mostly the same as in X-Men: Children of the Atom and Marvel Super Heroes; three new characters are Rogue, Gambit and Sabretooth. The Street Fighter cast is based on that of Street Fighter Alpha 2; however, the appearance and combat styles of some of them have been altered, to match the abilities of the X-Men heroes.

The gameplay system is similar to that of the aforementioned games, adding a tag-team gameplay feature. The player controls one character at a time, while the other awaits off-screen. The starting character can tag the waiting one in at any time by hitting specific buttons; the tag partner will jump in with an attack and taunt the enemy. Resting character gradually recuperate their health. The two partners can execute the so-called "variable attacks", which depend on the combination of buttons pressed.

The tag team feature has been omitted from the PlayStation version due to memory limitations.