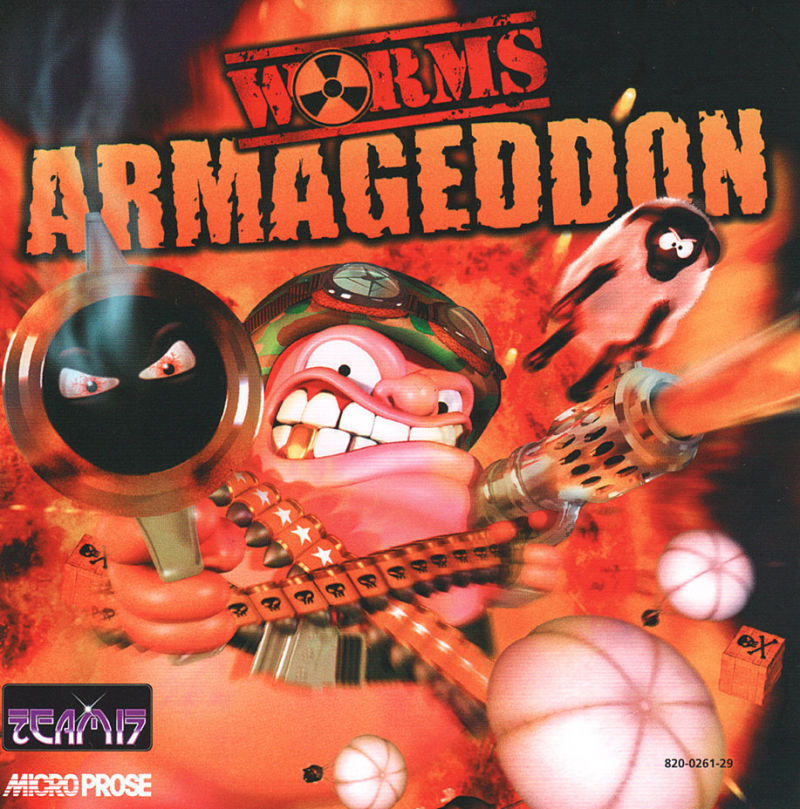 A sequel to Worms 2, Worms Armageddon expands upon its predecessor by enhancing a few facets of gameplay and including play over the Internet through Team 17's WormNet.

Like the previous Worms installments, the game is an artillery variant. The player give an artillery piece a shot angle and shot power, and try to hit the opponent, taking into account wind effects. The player and the opponent exchange these shots in a turn-based fashion. The game puts the player in command of a team of up to eight worms, which can move around the landscape (one at a time), using many types of weapons to try to dispatch the enemy, from bazookas to mini-guns to exploding sheep. In some situations, the worms can also jump, swing by rope, and descend with a parachute.

The game only work with the Demul emulator.