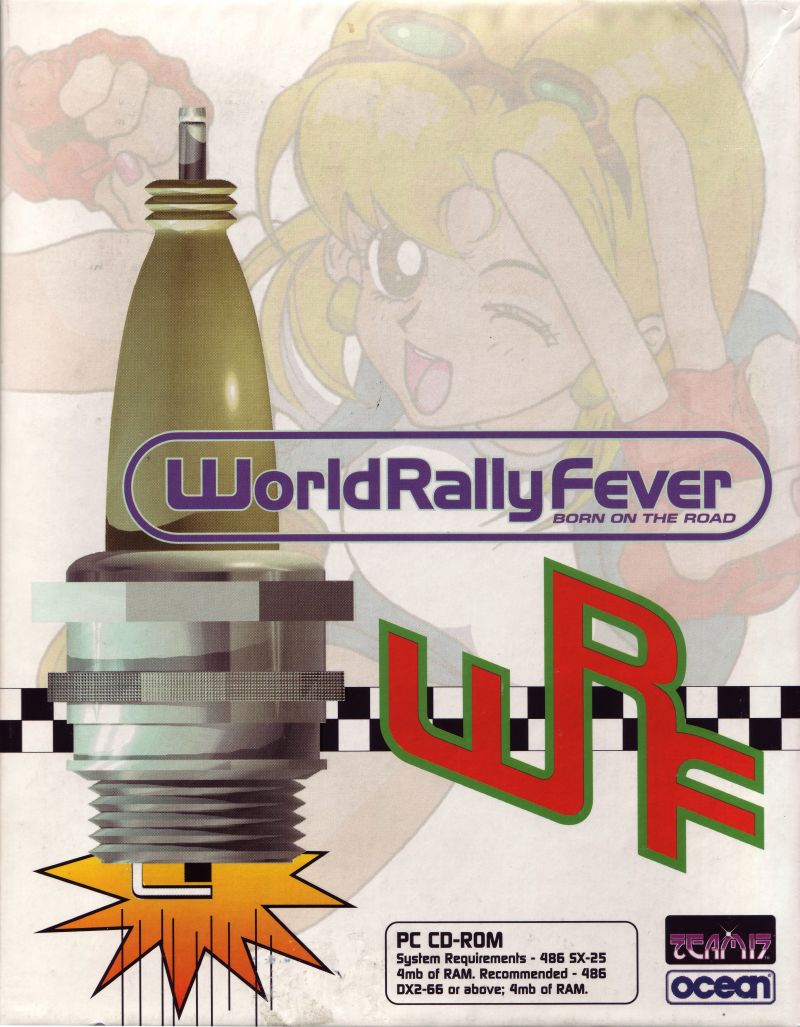 By RomStation : January 3
World Rally Fever: Born on the Road is a racing game with simple driving controls and no realistic simulated physics. The emphasis is on speed and arcade-like gameplay; for this end there are power-ups and the cars' ability to jump at the press of a button.

Before racing, the player chooses one of eight characters, whose traits affect the handling of the car (those eight are composed of four pairs, whose cars handle the same). Several championships can be chosen, each with their own level of difficulty. The player will travel the globe, and race in Scotland, France, the United States, Japan and several other nations. Each track has a distinct visual style and structure. Obstacles litter the track, such as fences, sheep and hay stacks; power-ups can be found there as well.