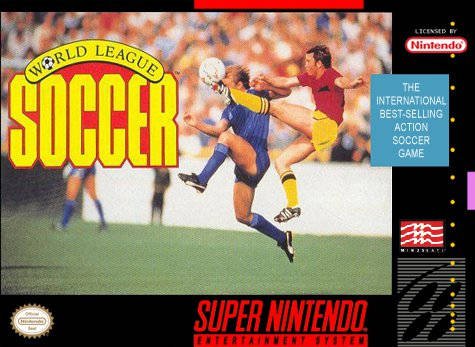 By Tanuki78 : April 7
The international best-selling action soccer game, now on Super NES!
The most realistic soccer game ever - now available for Super NES! Fully scaled, arcade-quality action pits you against the best teams in the world, and hundreds of different player personalities. World League Soccer brings you the action of real soccer, with true-to-life tactics, a variety of playing surfaces, and tricky wind conditions.
Overhead views of the entire field let you dribble, pass and shoot with precision and finesse. You control the ball and the end-to-end action with corner kicks, free kicks, throw-ins and the sudden-death shoot out! Here's your ticket to world soccer excitement! The fans in the stands will roar as you score the winning goal. World League Soccer for Super NES is the world champion of video sports games!