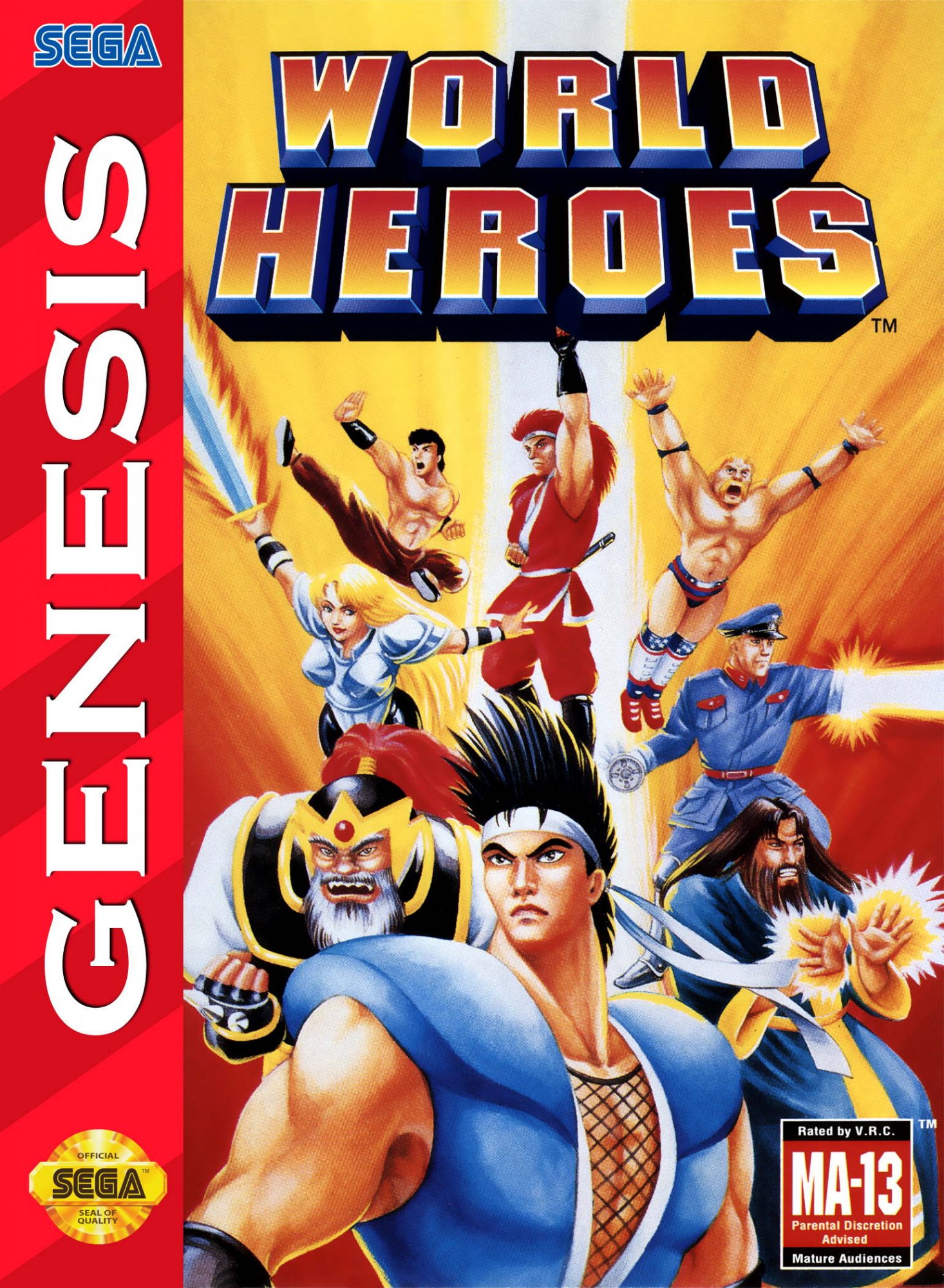 An alien entity known as Geegus threatens the Earth in the year 3091. As all of Earth's forces have been defeated, a scientist uses his recently-built time machine to find the greatest fighters of different eras to compete against Geegus.

World Heroes is a versus fighting game. It features a cast of characters from different countries and time periods, ranging from ninjas to a cybernetic super-soldier. The characters are based on real historical figures, but are endowed with supernatural powers. The player selects a character who then fights his way through standard one-on-one matches or takes on an opponent in a Deathmatch, where spiked walls and landmines add to the danger.