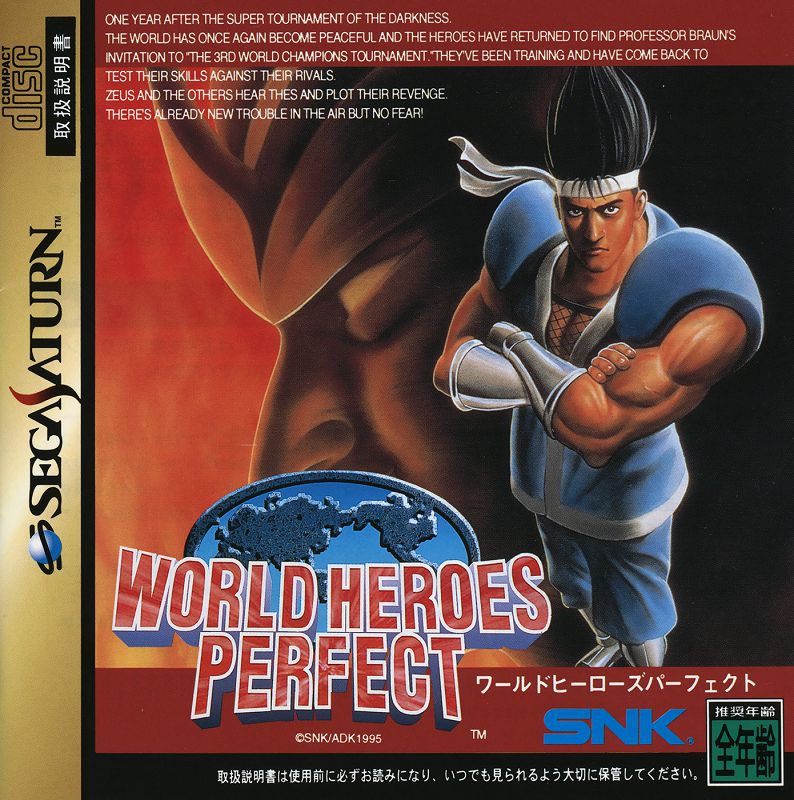 This is the fourth installment in the World Heroes fighting game series, released in 1995. In this game, 16 figures from across history fight for the title of the world's strongest. In previous installments, the amount of time you held a button down determined the strength or weakness of an attack, but that system has been removed in this game. In addition to a more orthodox fighting-game approach that enables weak, middle and strong attacks using different buttons, this game includes new elements such as the Hero Gauge, Extra Attacks and Guard Breaker Attacks, adding an exciting new layer of strategy.

In this entry in the World Heroes saga, all sixteen fighters from previous games return for another tournament. New features include:

-An attack mode where the player must use all four buttons to attack the opponent.
-A power bar which grants special abilities unique to each character.
-Additional stages set across different locations in Earth's past and future.
-Three secret characters to choose from, including a character new to the series.