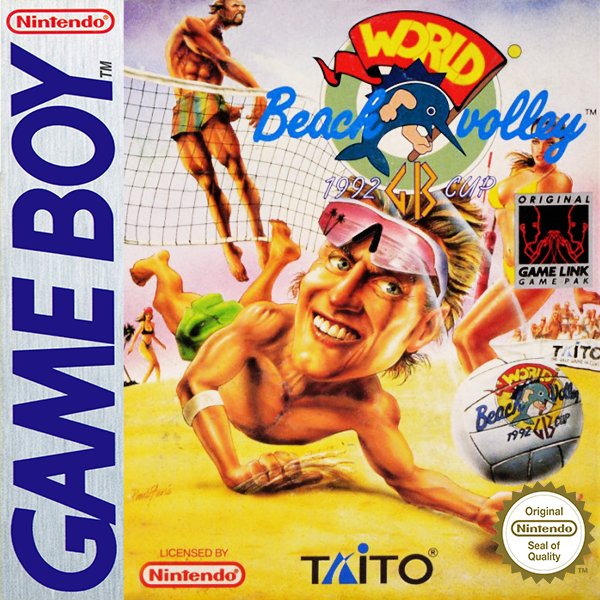 By Perichor : December 28, 2020
World Beach Volley: 1992 GB Cup is a sports game, developed by Graphic Research and published by Taito Corporation, which was released in Japan in 1992 for the Game Boy. There are two game modes: quick match and tournament; whereas the first one permits to select two of twenty-four characters, the second one only allows the player to choose two characters between four, and not from six differents countries (Japan, China, Brazil, Australia, U.S.A. and U.S.S.R.). Characters have differents abilities such as high or low quickness, jumps, attack and defense. Points can be added or withdrawn to perform strength, jump, run, and technic. In quick match, player can select the number of sets, points per set, the points count and the possibility for changing court. Gameplay consists of pressing A button to smash and send the ball whereas B allows players to jump.