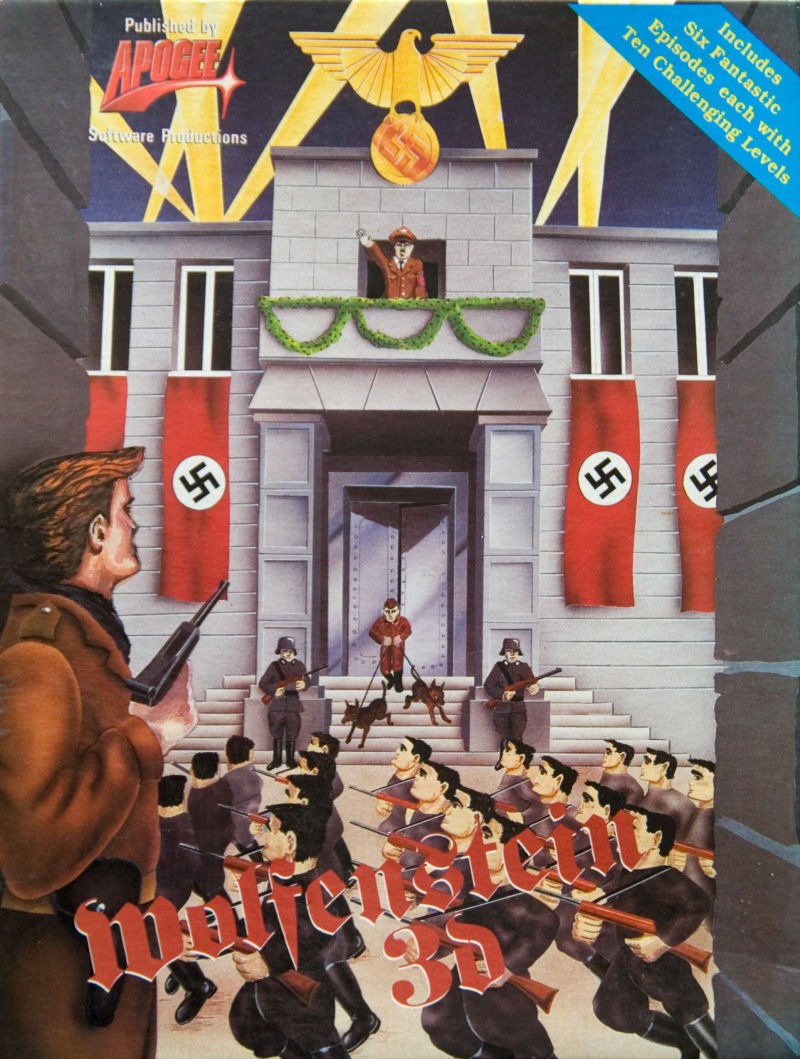 Wolfenstein 3D is an episodic first-person shooter and a follow-up to the top-down infiltration game Castle Wolfenstein. The game puts the player in the boots of B.J. Blazkowicz, an allied spy. There are six episodes: the first distributed complete as shareware; the second and the third available after registration; and the three final missions (which happen before the events of the first episode) available in the Nocturnal Missions pack.

In the first episode (Escape from Wolfenstein), B.J. is captured, but overpowers a guard with the help of a concealed knife and manages to get out of his cell. Throughout the next nine levels the player guides B.J. searching for an escape from Wolfenstein, guarded by Hans Grosse. After returning to Allied territory, B.J. is given the instructions to Operation: Eisenfaust, where he has to stop Dr. Schabbs and his army of mutant prototypes before they are released into the battlefields. The final mission (Die, Führer, Die!) has a simple goal: infiltrate the bunker under the Reichstag, and terminate Hitler (in a robotic suit) himself.