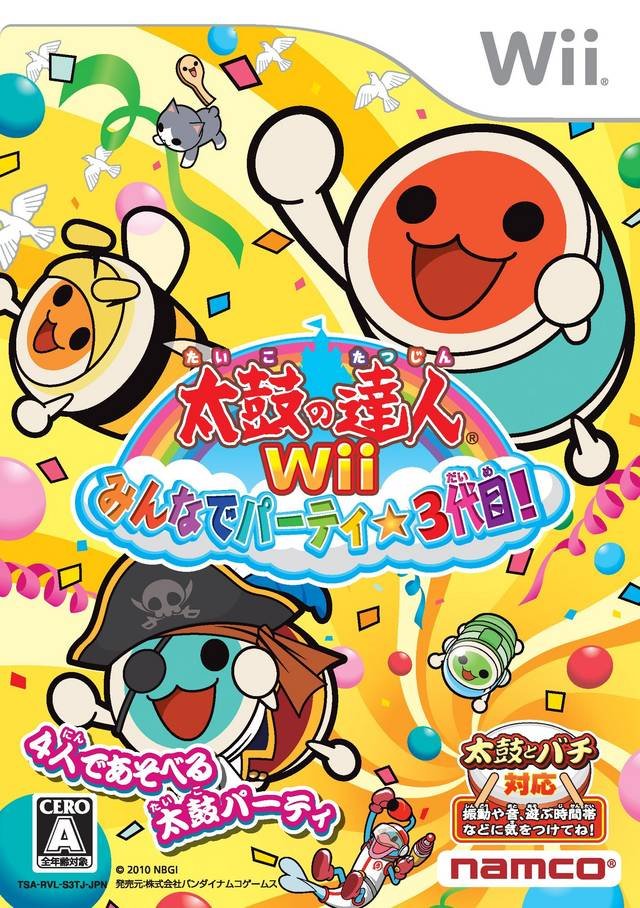 By Tanuki78 : November 14, 2021
The third Wii Taiko no Tatsujin, released on December 2010. As the title 'Minna de Party' would suggest, Taiko Wii 3 places emphasis back on the Wii casual audience, allowing up to 4 players on one screen at the same time, which hasn't ever been done before. It's cramped, but it works fine. To add to it, the main gimmick this time are the seven minigames of the Dream Taiko Land, 4 of which involve drumming skills, and the remaining three harks back to the PS2-era minigames, which is a welcome addition.