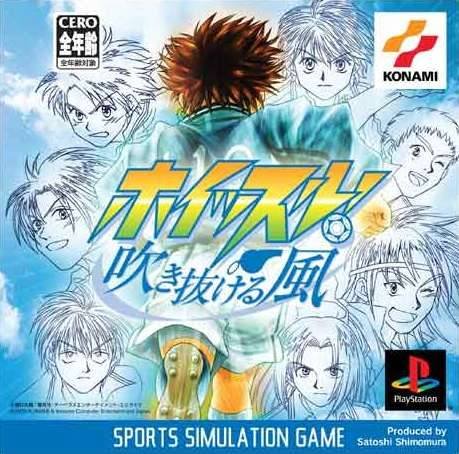 By Nanoman : April 13
Whistle! is a Japanese manga series written and illustrated by Daisuke Higuchi, which was adapted into a 39-episode anime television series, broadcast exclusively by Animax across Japan and South Korea. The manga, which is association football-themed, was published in Japan in Shueisha's Weekly Shonen Jump, and in English by Viz Media under the Shonen Jump label. The manga was written in homage to the 1998 and 2002 World Cup Finals tournaments which took place in France and Japan/South Korea respectively.

Whistle! is about a middle school boy named Sho Kazamatsuri. He transfers from Musashinomori School to Sakura Josui Junior High School for better hopes to make the soccer team, since he never got a game at his old school due to his small stature. Yuko Katori, his teacher, introduces him as a former star of the famed Musashinomori team, causing his classmates to be wrongly ecstatic. Right after that, one of the players, Tatsuya Mizuno, reveals that he was never a regular. In other words, since he never got the chance to play, Sho is a poor player. Sho struggles to improve his skill so he can make the team at his new school and to ignore the drastic disadvantage he has due to his height.