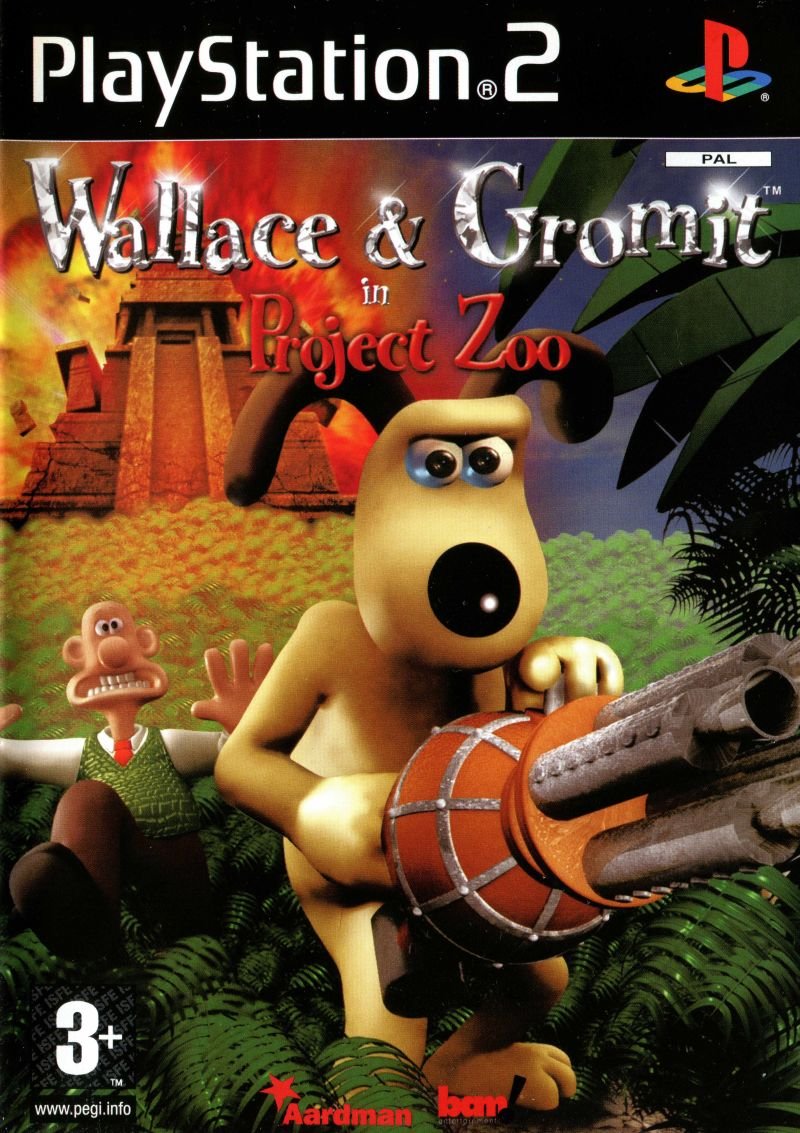 Inventor Wallace and his clever dog Gromit, characters in a series of Academy Award-winning Claymation short films, star in this video game adventure.

Project Zoo starts off one morning as Wallace and Gromit are preparing to visit their adopted friend, Archie the polar bear, in the local zoo. As soon as they get to the zoo, they find that it's been closed! What's worse, a villainous penguin named Feathers McGraw has taken Archie and hidden him deep within the zoo. So, Wallace and Gromit set out to rescue him.

This game is an action-platform game, with many puzzles and side quests. The player controls the long-suffering Gromit, and must cooperate with Wallace to complete tasks such as fixing machines or pulling switches. The main goal of each of the six levels is to free 3 trapped baby animals. Doing so opens up new areas and allows you to continue to the next area. In addition, there are hidden bonus levels and coins to collect that unlock video clips from the animated shorts.