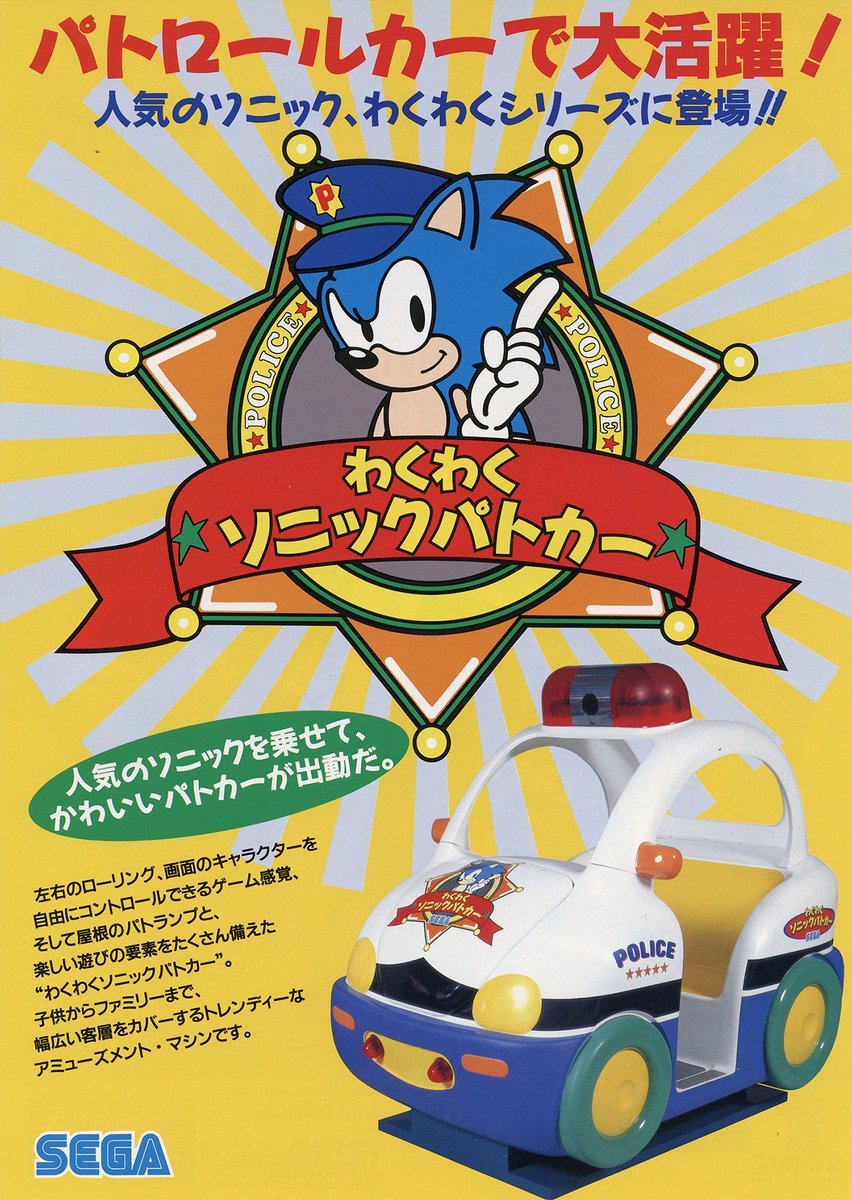 Waku Waku Sonic Patrol Car is a children ride released in December 1991 exclusively in Japan. The arcade ride is part of Sega's "Wakuwaku" line and features Sonic the Hedgehog playing the role of a police officer, patrolling the streets of a city and keeping it safe from Dr. Eggman. Both Japanese and English versions of the ride exists, though the English version was not exported to other countries and was likely used in areas with a large number of visiting English speaking tourists.

Waku Waku Sonic Patrol Car is one of the early spin-off titles in the Sonic the Hedgehog series and features voice acting for the first time: Takeshi Kusao provides the voice of Sonic and Masaharu Satō of Dr. Eggman. Both actors would later provide their voices for both characters in later Sonic-related arcade titles. The game also features music from the original Sonic the Hedgehog, including Green Hill Zone, boss, title screen and extra life themes.