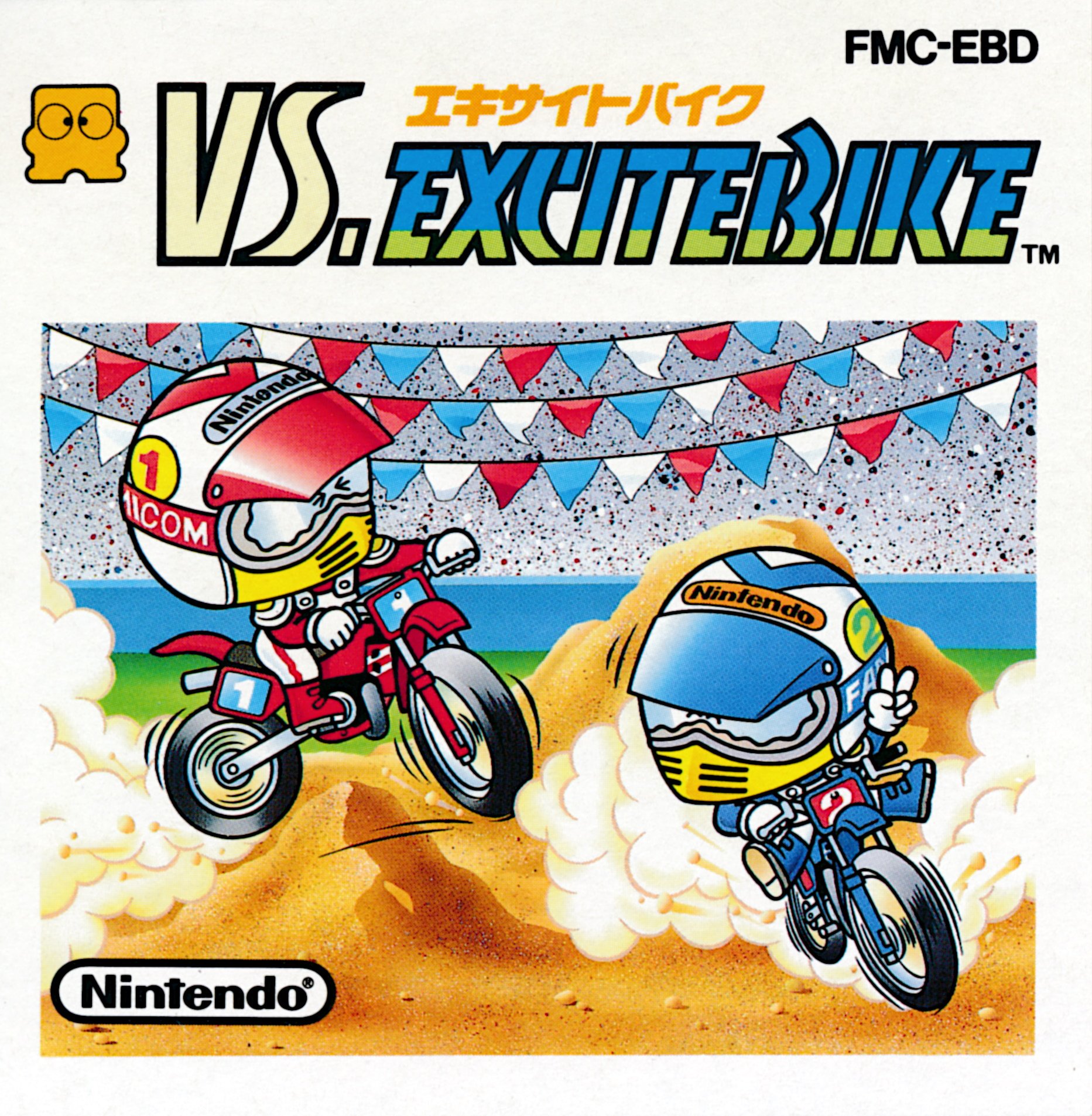 By Tarteletteaucitron : March 26, 2020
Vs. Excitebike was released in 1988 only in Japan on Famicom Disk System (a device of Famicom).
It is one of the improved versions of the original Excitebike game. Indeed on Arcade released another version of Vs. Excitebike in 1984.

But although the basic graphics and gameplay are still the same, the Famicom Disk System version offers several additions that sets it apart from the original.

The game offers a two player mode called "Vs. Excite", in which two players compete. The options include the maximum number of turns to play, the track and the number of turns for the said track.
The "Original Excite" mode is based on the main mode of the arcade version, with minor differences such as a different color palette. And its format also allows you to save the created tracks.