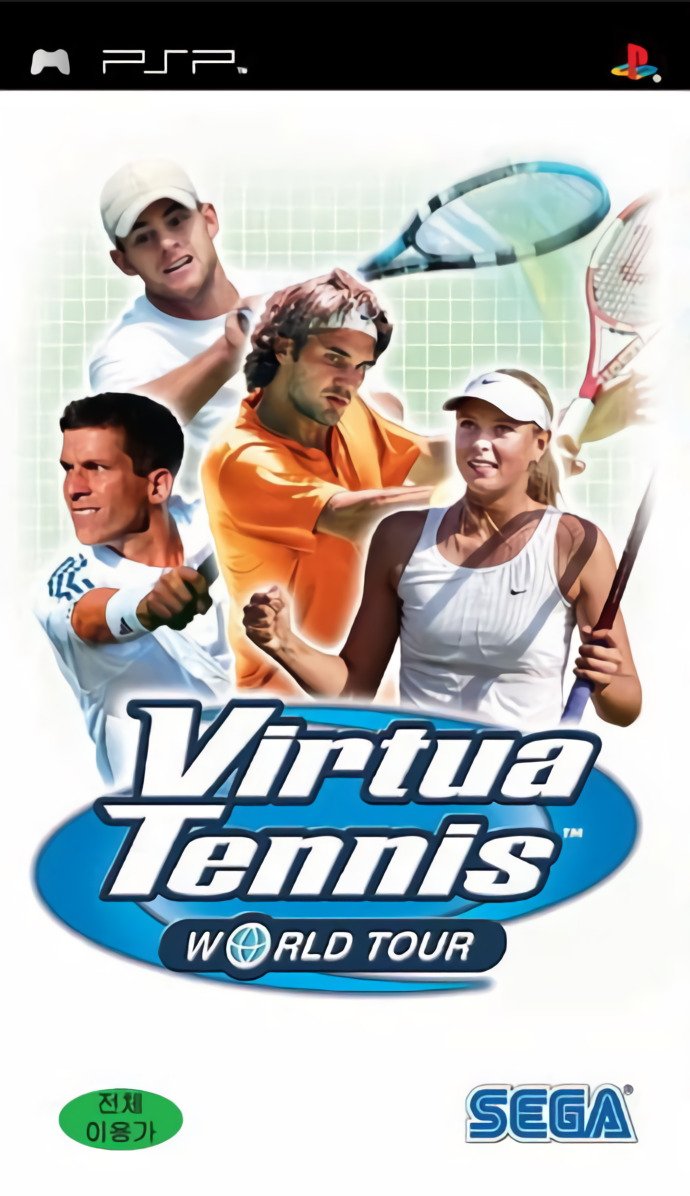 By GambierBae : June 27
In the PSP entry of SEGA's arcade tennis series, you can play tournaments against professional players, practice in exhibition matches and participate in a world tour where you can create and fully customize your own star. All popular moves are available (topspin, lob, slice, smash, serve, drop shot and aftertouch) and there are different surfaces that influence how the ball bounces and its speed. There is also a function to command the computer-controlled partner in doubles matches.

In the world tour, you build a house on the world map and then travel around the globe to different events to build up your reputation. The important events are stored in the the tour calendar. You can buy new gear, purchase partner contracts and stage contracts, and improve your skills. Training is done through mini games where specific skills are tested and improved. These fun games with tanks, pins, aliens and discs, train specific abilities such as footwork, strokes, volleys and serves.

Next to the training games, there are also ball games such as Blockbuster, Fruit Dash, Blocker and Balloon Smash where you use your tennis skills in different environments. There are fourteen licensed tennis stars to choose from (seven women and seven men). Single mixed matches are not possible, but mixed doubles matches are available. In the multiplayer mode, four players can play simultaneously through Wi-Fi (Ad Hoc).