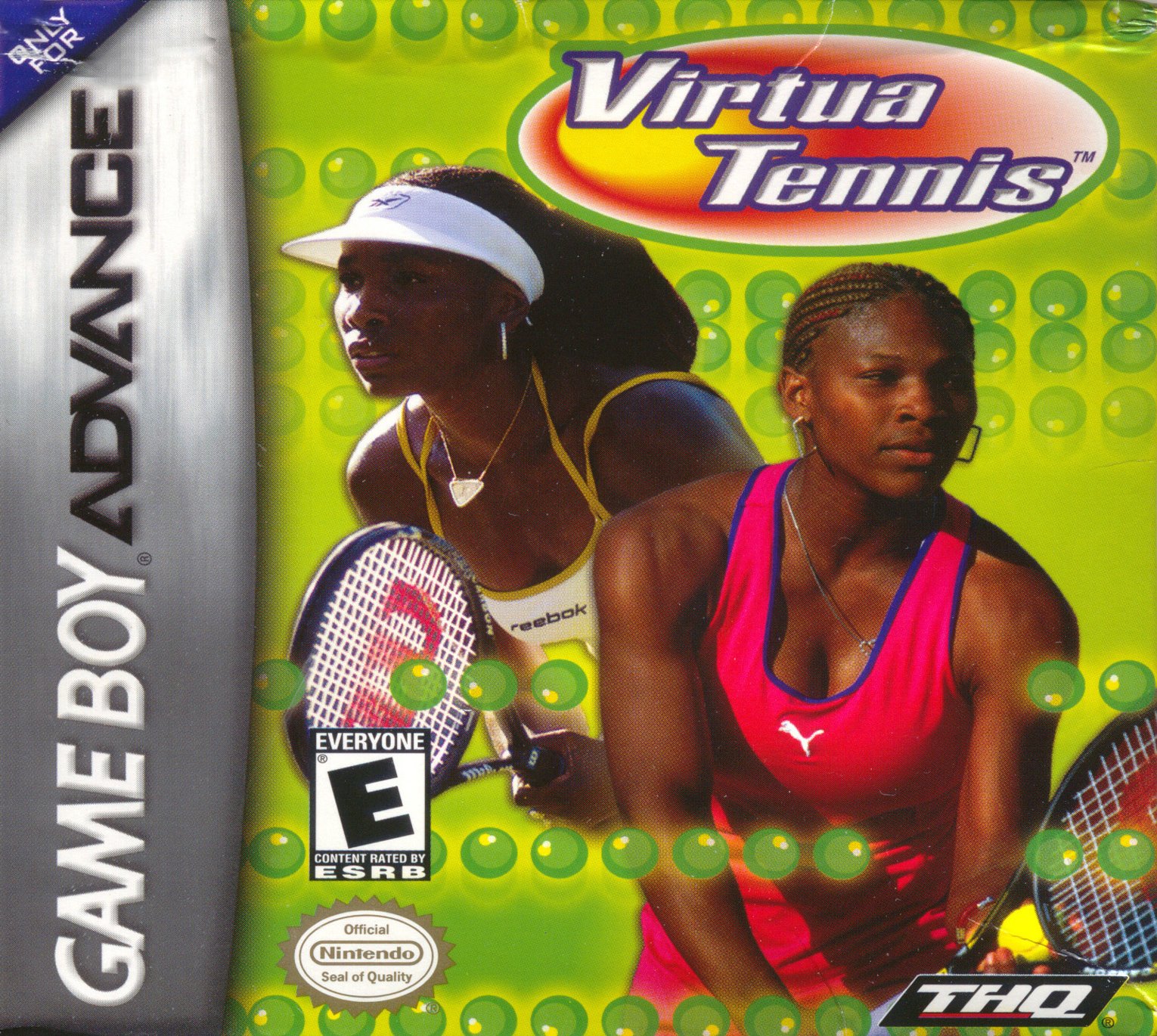 By GambierBae : June 21
Virtua Tennis arrives on the GBA, without the 'Virtual' 3D element, but with the same gameplay you expect from a tennis game.

Choose from a male or female player (or create your own) and take to the world tour, competing in various tournaments on clay, hardcourt, grass or indoors. Play against some of the best players in the world, both in singles and doubles, or compete against your friends in 4 player doubles.

Mini-games test your skills and improves the timing of your shots. Games range from Burger Chef (aim at the grid to decide what comes next on the burger), Disc Shooter (similar to Othello) and Bull's Eye, where you aim for the center of the target. Your created character will also improve depending on your success in each mini-game, with his or her stats increasing over time.