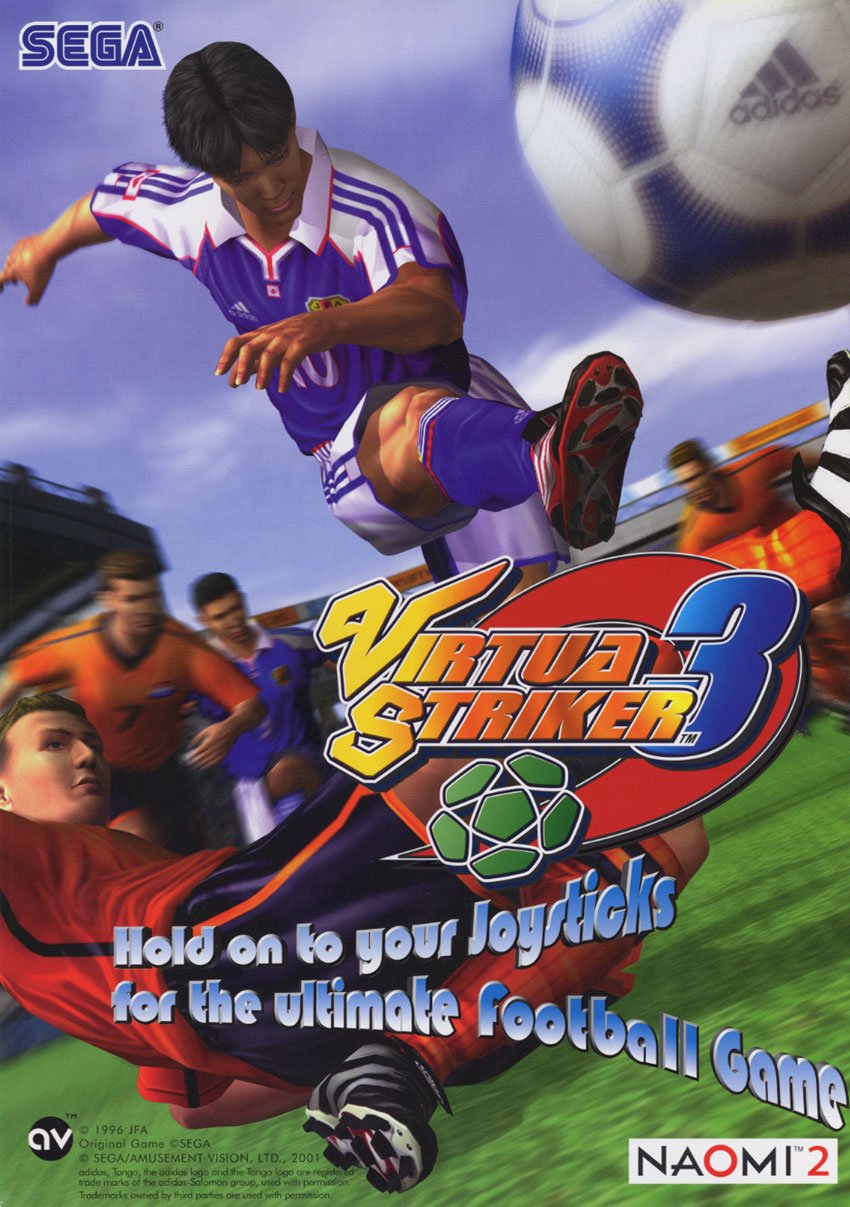 By GambierBae : March 8
Although Sega were unable to obtain an official license from FIFA, Virtua Striker 2002 includes 64 teams from countries around the world, with 22 players for each team. Game modes include Road to World Cup, Tournament and Versus.

Road to World Cup allows you to choose from the 64 teams, editing their names, stats, uniforms and more before taking them onto the world stage to compete for the World Cup. The road is long, however, as you must use your available points (equivalent to money) to schedule matches with other international teams, purchase venues, pay for travel expenses for out of town tours and training camps, and more importantly, pay for your players and coaching staff.

The other modes of play allow you to simply join in a arcade football match. You choose the team and a CPU opponant, then play for the points in tournament, or pride in versus and practise modes.