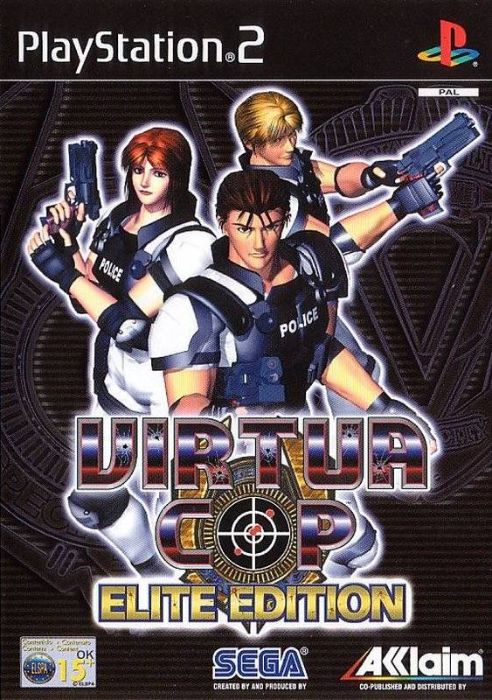 You play a cop who has been called out to deal with a certain situation, armed with your trusty sidearm. Enemies pop out from behind most objects and a reticule lights up around them to let you know they are armed and dangerous. You have to have quick reflexes as innocent people pop up which need to be protected.

There are 6 levels in all, 3 from each game and these levels have multiple stages. With the three difficulty levels on offer, along with the modifications you can make in the options setup such as the number of continues and auto reload and taking off the enemy indicator, you can make the game as difficult or as easy as you wish. There are multiple paths on some levels so there is some incentive to replay the levels.

There is a 2 player co-operative mode which can still be played with two light guns or you can use the Dual Shock pad. Training is also available. Even though this an old Sega Saturn game, it hasn't been improved much for the PS2 so expect a smoother gameplay of the older graphics.