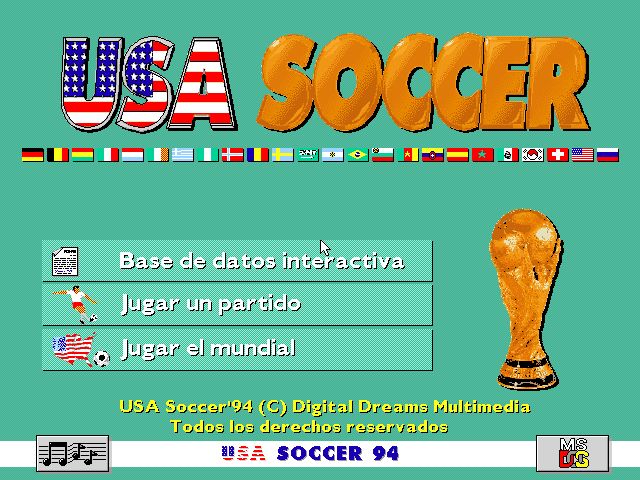 By RomStation : January 3, 2020
USA Soccer '94 is a soccer game based on the World Championship event held in the USA in 1994. It includes full of information on stadiums, schedules, teams, and real soccer players. The game contains single matches as well as a complete championship.

The gameplay is shown in 3/4 view, not completely top-down, similar to Kick Off 2. There are several adjustments to define before gameplay begins, such as controllers, human/computer opponents, and on/off options for penalties and faults as well as time duration, etc.

The soccer game can also be played by up to two players simultaneously, but the computer can also take control of both teams to watch how it plays out. The game is only available in the Spanish language.