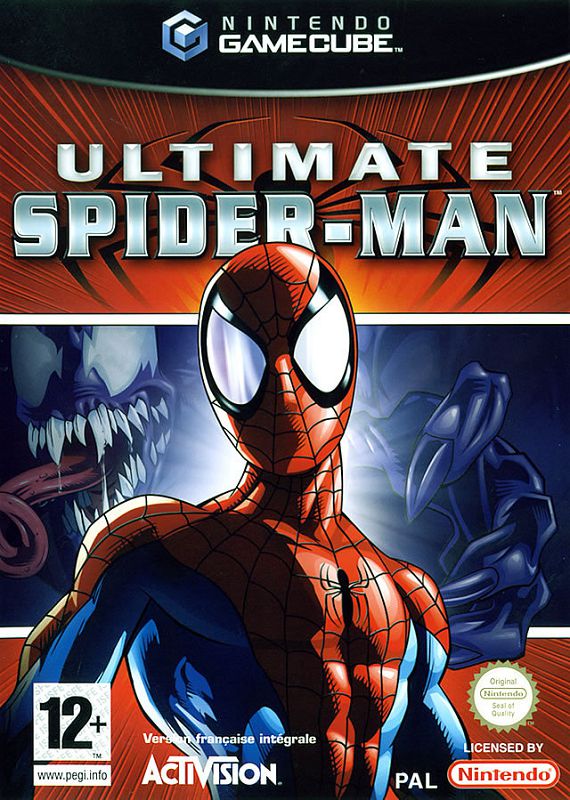 When 15-year-old Peter Parker was bitten by a genetically altered spider he became faster, stronger, more agile and gained the spider-like ability to cling to walls. Add web shooters and a costume and Peter becomes Spider-Man. Eddie Brock, Jr. is Peter’s childhood friend. In search of his scientist father’s legacy, Eddie came in contact with a symbiotic suit which transformed him into the monstrous Venom. Ultimate Spider-Man follows both their Brian Michael Bendis-scripted adventures, as Spidey attempts to prevent Venom from killing innocents while Venom seeks to avoid S.H.I.E.L.D.’s machinations.

The Ultimate version of the Spider-Man mythos revamps the franchise, bringing in edgier (and often younger) versions of famous superheroes and supervillains. The Human Torch, Wolverine, Electro, and Green Goblin are some of the Ultimate characters who make appearances. Ultimate Spider-Man features a fully rendered, cel-shaded Manhattan open to exploration.

With few exceptions, Spider-Man and Venom can explore Manhattan and Queens, climbing, jumping, and web swinging away. Story missions show up as hot spots on the map as do other in-game objectives. When the player is done patrolling (or destroying) the city, they can hit these hot spots to advance the story. Between story missions, Spider-Man and Venom can follow race paths, go on combat tours, discover and collect hidden icons, and help (or hurt) the citizens of New York.