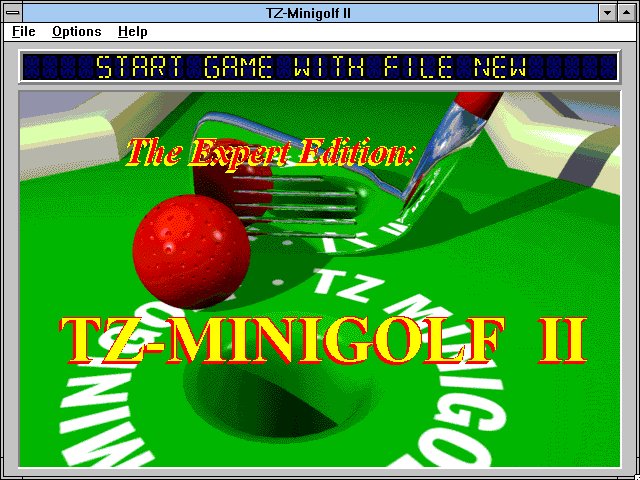 By RomStation : January 27
TZ-Minigolf is a shareware, top-down, golf game for up to four players. The game was released in full on a 'try before you buy' basis. Only the first six holes were playable until the player purchased a registration code. Once entered this code gave access to the full eighteen hole course.This is not an accurate golf simulation, it is more of a 'desktop golf' or 'crazy golf' game. The game is entirely mouse controlled. The ball is placed on the starting pad via the mouse. The player then uses the mouse to determine the direction and strength of the shot, the further away the cursor from the ball the harder the shot.There is music, sound effects and a high score table, the player can access these are available via the menu bar.