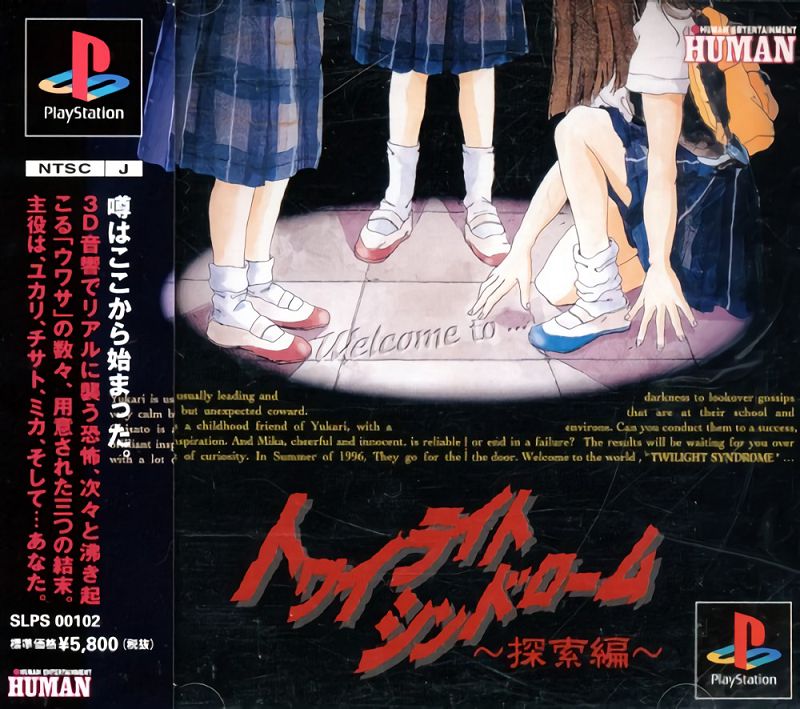 Every high-school has its own dark secrets. Well, maybe not every; but in Japan, this seems to be a rather popular theme. Mysterious disappearances, ghostly photographs, untimely deaths, eerie sounds coming out of the music room - all these things attract the curiosity of three high-school girls: Yukari, Mika, and Chisato. At night, armed with nothing but a flashlight, the trio of heroines enters the dark school building, prepared to explore every corner, and investigate every urban legend they have heard of...

Tansaku-hen opens the Twilight Syndrome horror adventure series, defining its stylistic traits and gameplay. The game is divided into chapters, each dedicated to a particular "ghostly" story. Unlike most Japanese-style adventures, there is physical character navigation in the game; the player moves digitized images of the three girls on 2D backgrounds, in a manner somewhat similar to side-scrolling games - though many areas feature a third dimension, like in Western third-person perspective adventures.

The gameplay consists of two activities only: walking and occasionally choosing a dialogue option and/or action, as prompted by the game's narrative. There is no other kind of interaction, no inventory, and no combat. Different choices may lead to different endings; the next chapter can be accessed only if the player has not attained the "bad" ending.