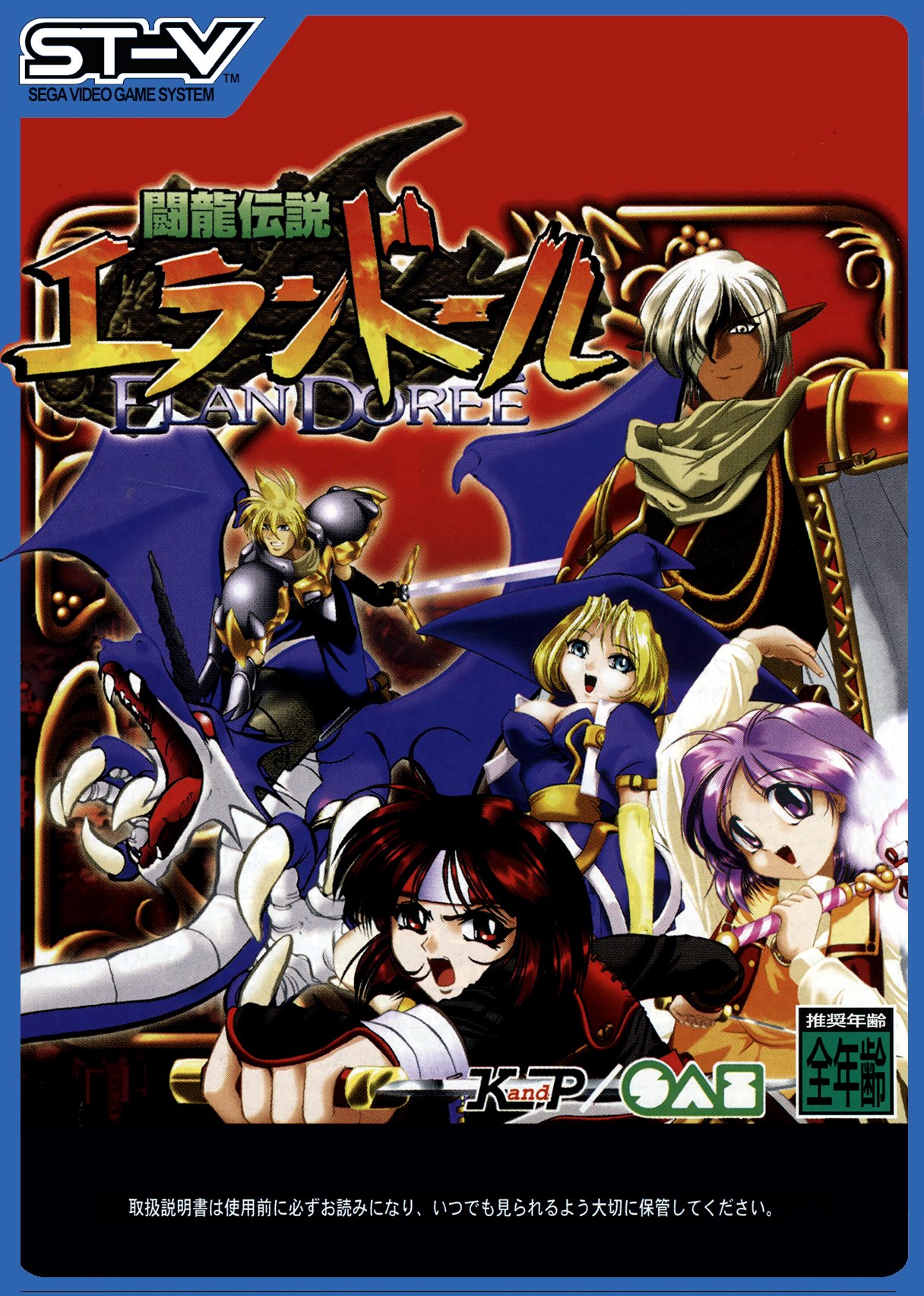 By GambierBae : Tuesday at 11:53 AM
Touryuu Densetsu Elan Doree is a 1998 fighting game for the Sega Titan Video arcade hardware by Sai-Mate ported to the Sega Saturn later. The game is a 3D fighting game in which fighters battle each other while riding dragons.