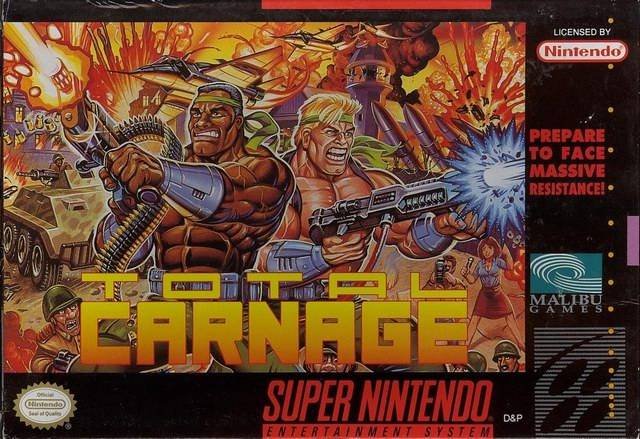 By Tanuki78 : October 15
Captain Carnage and Major Mayhem lead your force... all right, actually they are your face. That's right -- two men against an entire army! If you need better odds than that, this isn't your game!

here's you mission: with your one or two man ground force, you must stop a mad dictator bent on destroying the world! Rescure civilians, eliminate key targest, and destroy General Akhboob's bio-nuclear generators, which he's using to create his endless mutant army!

On your side: an awesome arsenal of the 21st century's most destructive weaponry and your ability to engage in optional two-player simultaneous combat.

On their side: 20 battle zones full of the nastiest mutated enemies and the baddest bosses you'll ever want to see!