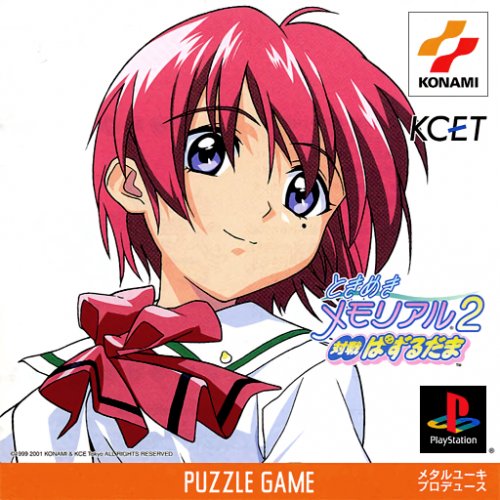 By Perichor : September 27
Tokimeki Memorial 2 Taisen Puzzle-dama is a Tokimeki Memorial 2 themed puzzle game. The gameplay is similar to the likes of Puyo Puyo: the player, as one of the many female characters from Tokimeki Memorial 2 faces an opponent (CPU or another player) in falling block battles until one of the two's matrix is filled with blocks and no more blocks can be placed. To do so, the player will clear blocks by aligning three or more of the same color. Different types of blocks fall alongside the regular ones: smaller blocks that can't be cleared but grow into regular blocks when adjacent blocks disappear, pink blocks facing in a direction that will clear all blocks in that direction when they pop, grey blocks that make small blocks grow, and black blocks that make regular blocks shrink. By using the different blocks to perform combos, the player will make batches of small blocks appear in the opponent's matrix.