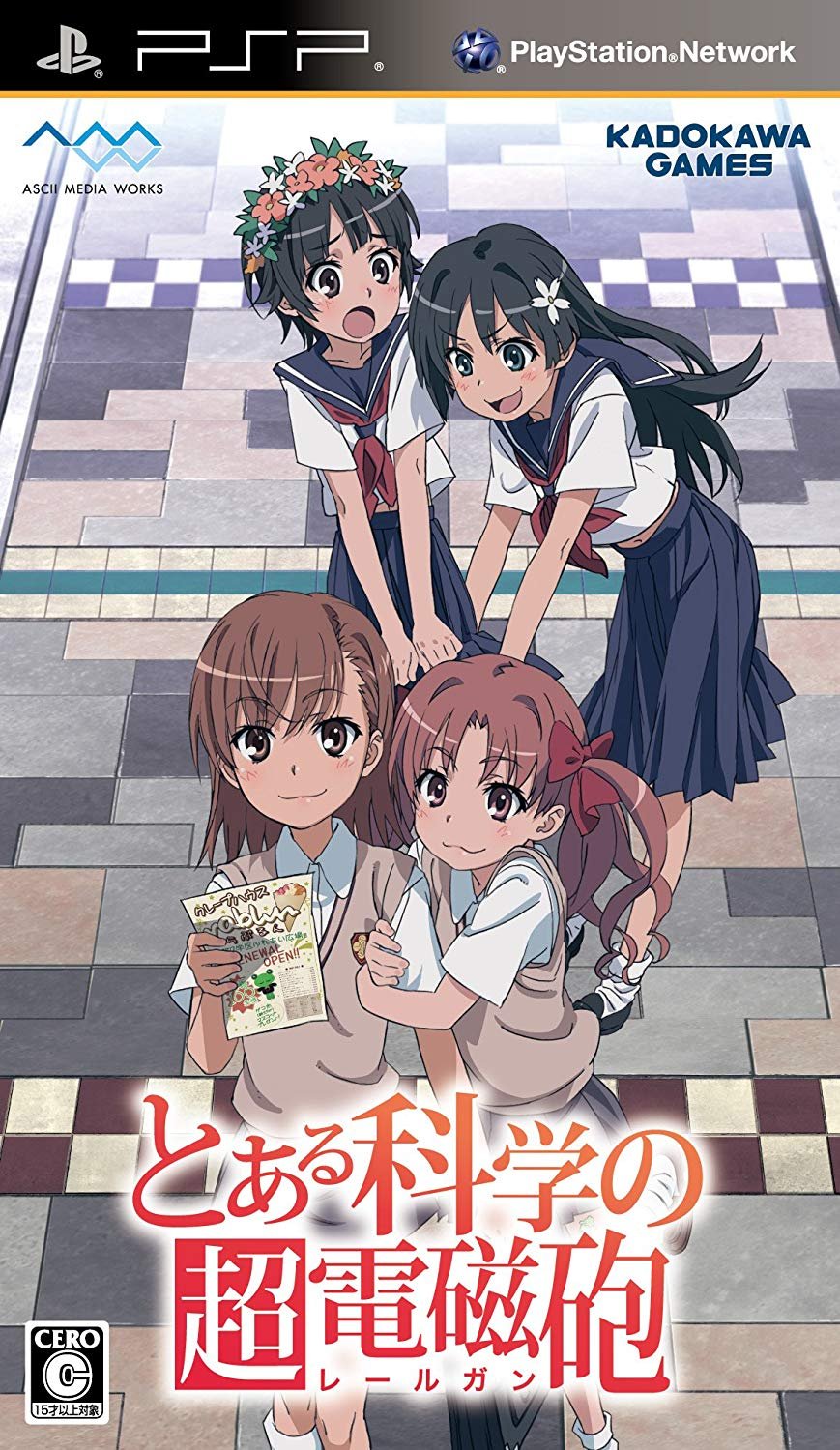 Toaru Kagaku no Railgun (PSP game) is a visual novel for the PlayStation Portable handheld console based on the Toaru Majutsu no Index universe's sidestory Toaru Kagaku no Railgun. It was developed by ASCII MediaWorks. The video game features an original story by the author of the series, Kamachi Kazuma, featuring another Urban legend based in Academy City.

The gameplay has two gameplay phases, which has similarities to the previous Toaru Majutsu no Index PSP Game. The first phase is Girls Talk, which uses drawn sprites with speech animations—which makes up much of the game—that forwards the plot of the game. Here, the player talk to several characters and gather topics which can be used during Strategy Meetings, where the player decides which routes the story will take (some ends in fail). During theses meetings, dialogue advances automatically and, once the choices are presented, the player has only a limited time to select one before the game automatically advances. Additionally sometimes during the gameplay an option chattin'!! will appear on screen, which serves to interrupt the current scene with such a strategy meeting and allows the player to select optional alternative routes to follow. There are also special Judgement meetings, which while similar to strategy meetings in format, requires the player to select a series of choices in sequence in a 'who done it' style conversation, whose progress is measured by a bar that fills and empties in accordance with the conversation.
The second phase is Action Mode, similar to the combat parts of the Toaru Majutsu no Index PSP game, which uses 3D character models. However, the mechanics are different. Action consist of Quick Time Events (QTE) when character has to press corresponding keys in time. Thus consists of either pressing the shown key, or choosing the correct key from the shown ones. Correct inputs advance the action towards a successful takedown of the opponent, while a missed or incorrect input results in failure, either due to defeat or the opponent escaping.