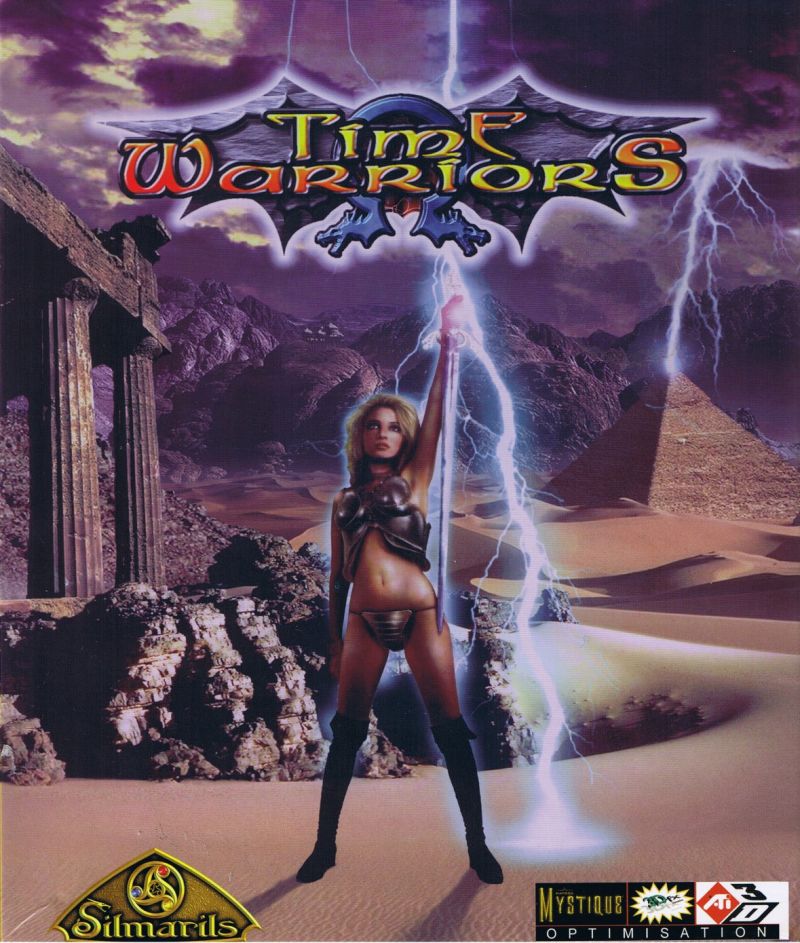 By RomStation : January 3
A polygonal 3D fighter, Time Warriors puts eight fighters from eight different times and places against each other: Yrwen the Celt, armed with a long sword, Hysis the Egyptian, wielding two sabers, Molloch the Barbarian with his battle axe, the scimitar-wielding Sultan Iz-Baal, Shodan the Samurai and his katana, from a Chinese monastery Dong brings just a staff, Olof the Viking plans flattening his opponents with a war hammer and Apokles the Spartan brings a double-edged sword.Gameplay is similar to other games in the same genre - two buttons control the weapon and two other ones kicking, because both come with a "fast" and a "strong" variant. Combos are done with fast key presses or sequential moves, and by taking damage, the fighter gathers magic points that can be used to perform a destructive special attack. Like Virtua Fighter, if a fighter falls from the battle arena, he or she loses from ring out. The usual options such as combat length, number of bouts, difficulty level and auto-block are included.Graphically, the game can be tweaked to run on several configurations, by disabling more advanced graphic options such as scenario objects, light and real-time shadow calculation and textures.