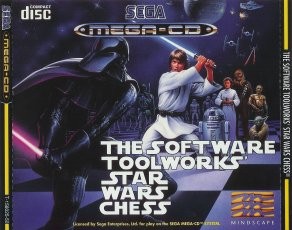 A long time ago in a galaxy far, far away, a great battle of good and evil was fought. Now you can relive the struggles of the courageous characters from the Star Wars saga in one of the world's oldest games, brought to life in brilliant 3D animation. Star Wars Chess puts you in command of the Rebel Alliance or the evil Galactic Empire! As you craft your strategy at each step, you instruct your forces to go forth and do battle. Then watch as your troops carry out you plan - moving into position and fighting battles for territory. Use Chewbacca's skill with the crossbow to take out a sinister Stormtrooper. Or pit Darth Vader in a deadly lightsaber duel against his arch enemy Luke Skywalker!