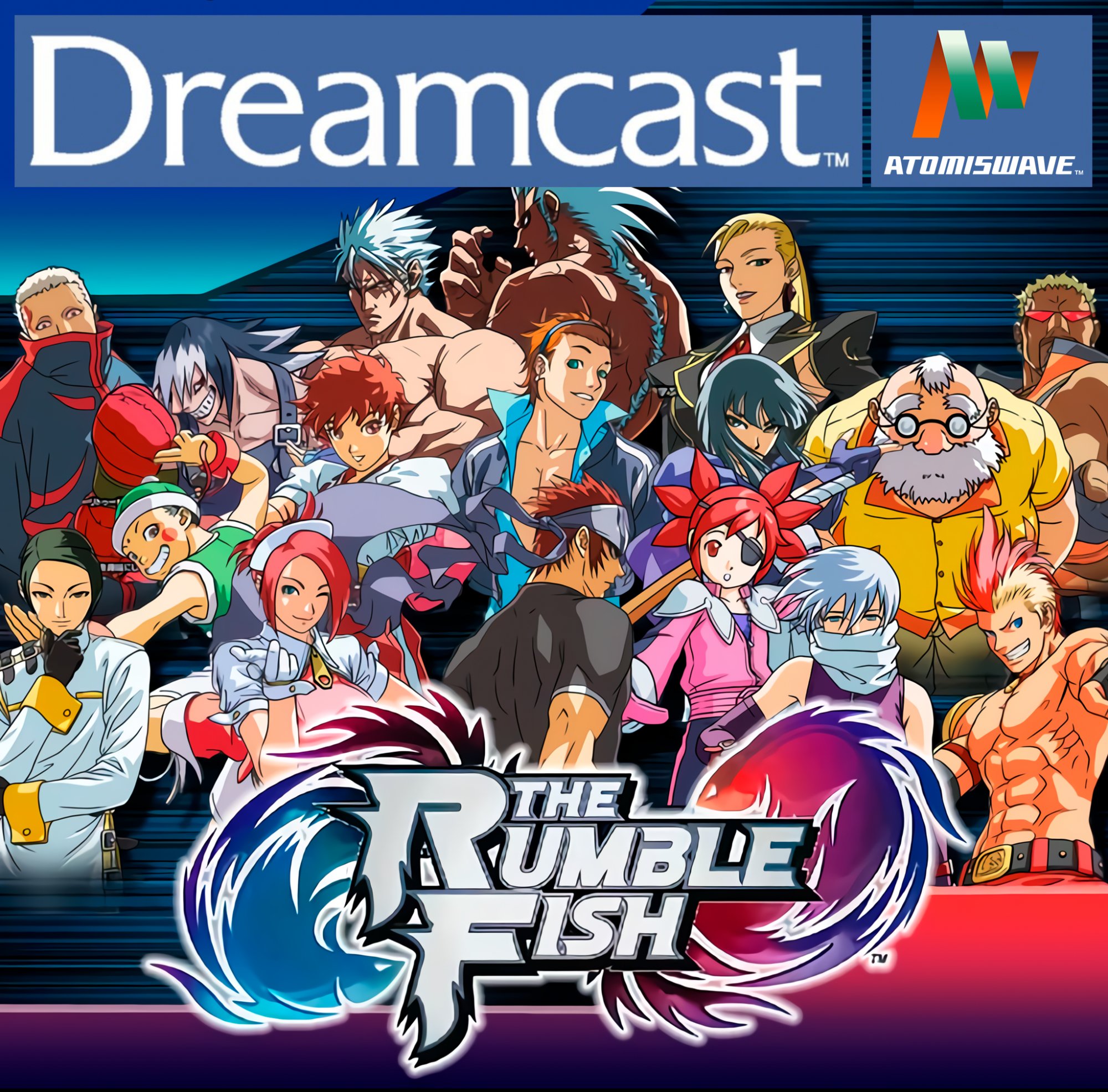 By GambierBae : November 22
At the turn of the 21st century, a region devastated by natural disasters has been transformed into the site of a deadly fighting tournament called The Fight for Survival, held by the multinational PROBE-NEXUS Corporation. Fighters of all styles, from all walks of life, and from all over the globe gather for this annual tournament. Some fight for power and fame, some for money, and some simply for revenge, but each has their own personal reasons for participating.

The Rumble Fish is a 2D 1-on-1 fighting game comparable to King of Fighters. Two unique elements of the game are separate gauges for offensive and defensive techniques, as well as the ability for characters' armor to be damaged and destroyed. Included are standard Arcade, Versus, Story, Training, and Survival modes, as well as an unlockable art gallery. The PS2 release adds two additional playable characters over the arcade version, Sheryl and Hazama, for a grand total of 12.