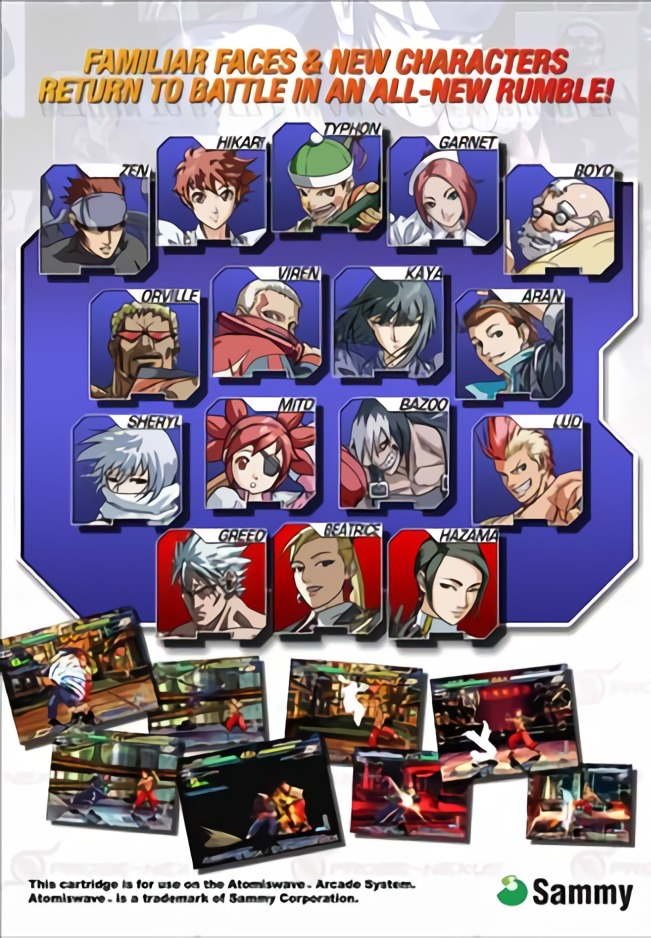 By GambierBae : March 20
The Rumble Fish 2 updates the original game with new gameplay mechanics and new characters. The offensive and defensive meters now go up to three levels each, with some supers now consuming differing numbers of bars. The new Boost Dive mode, which consumes one bar each of the players' offensive and defensive meters, temporarily places the character into a special mode with unique properties per-character. The new characters are: