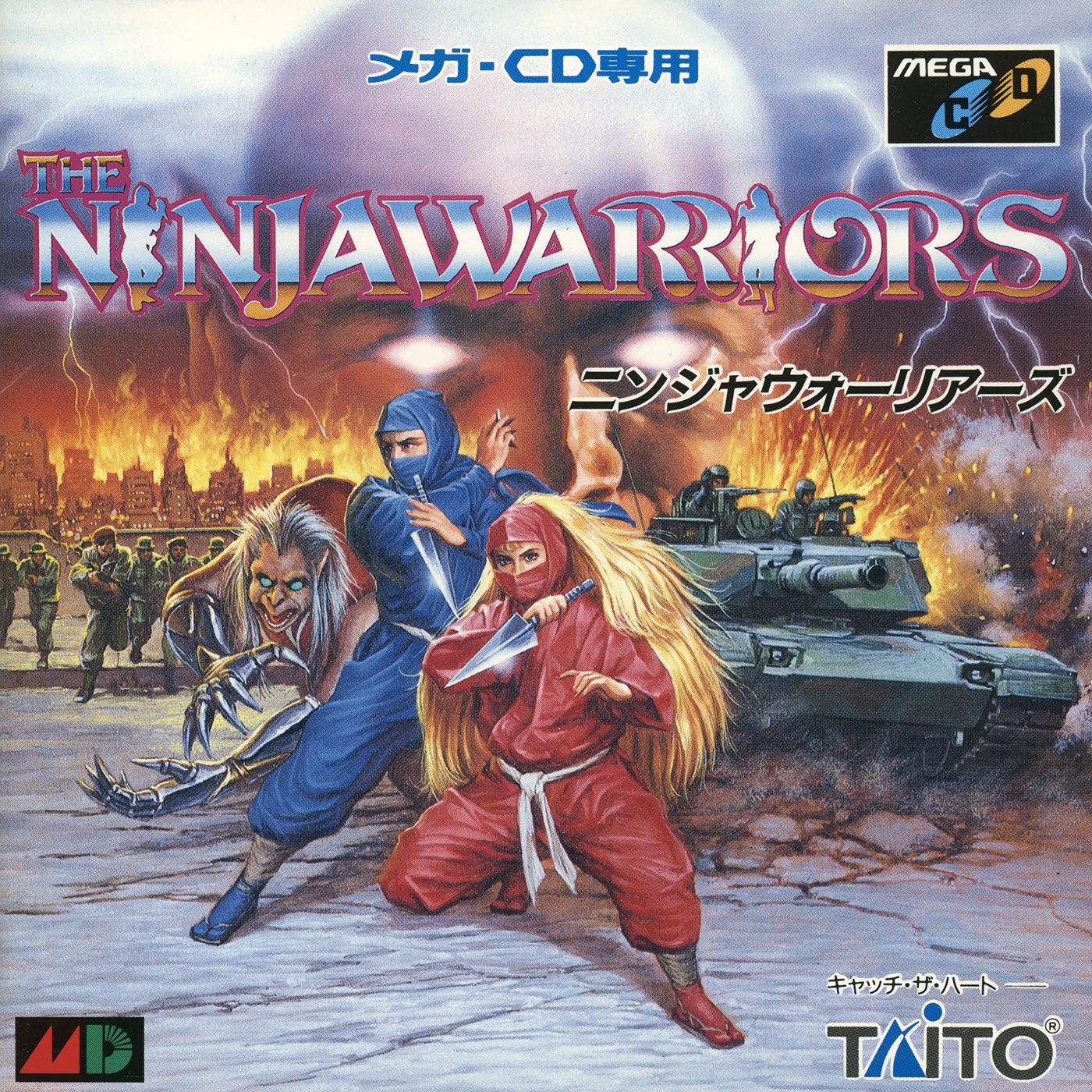 By GambierBae : September 23
The Ninja Warriors is a beat-'em-up originally developed by Taito for the arcades. It was brought to the Sega Mega-CD in 1993 exclusively for Japan.

To emulate the three-screen setup of the original arcade game (three 288x224 screens arranged in a horizontal line like with the Darius games), porters Aisystem Tokyo simply capped the screen resolution in software, resulting in the entire game running in a small window.

As indicated by the boxart, one of the game's main selling points was the soundtrack composed by Taito's inhouse band Zuntata. The game includes both the arcade versions's soundtrack as well as remixed tracks. An exclusive Zuntata mode was also included, which is bascially a movie scene that explains the game's backstory. Members of Zuntata served as actors.