The Legend of Zelda: Ocarina of Time / Master Quest 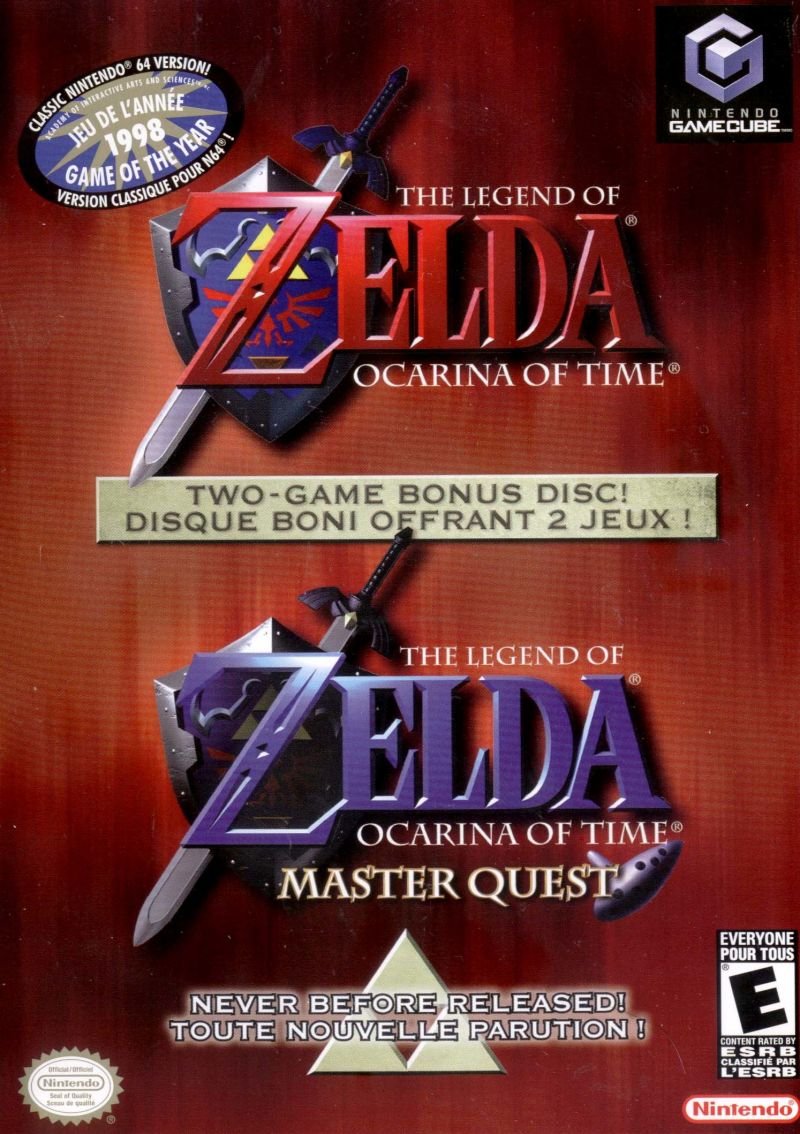 Master Quest is essentially the same game as Ocarina of Time. While the adventure unfolds in the same way (same enemies, items, characters), the difference lies in the dungeon layouts. Dungeons are remixed, meaning that item placement and room progression have been altered. So, even if you have already played Ocarina of Time, Master Quest offers a new take on a familiar setting.

Also included on the compilation are video previews of various GameCube and GBA games.