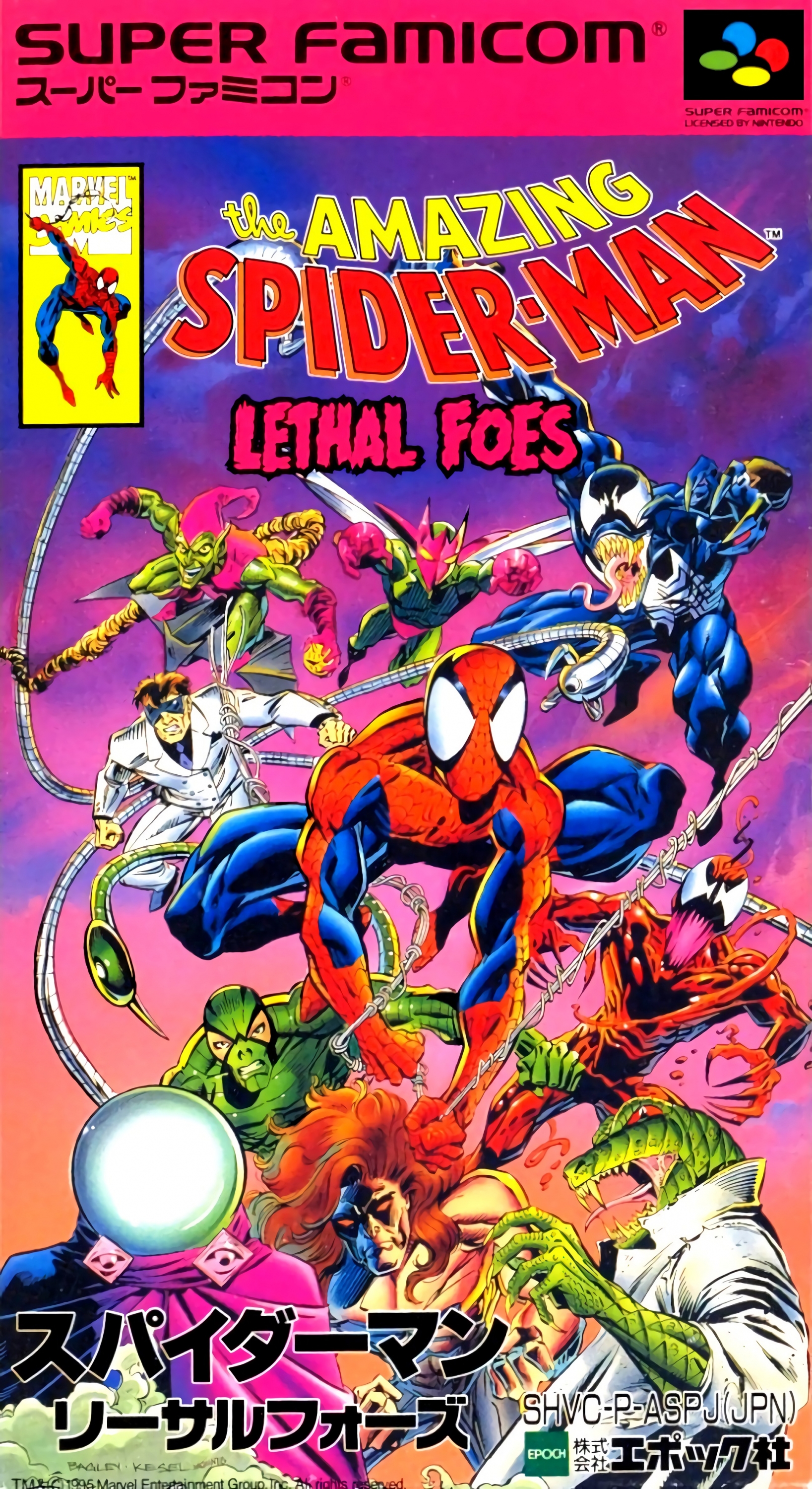 The Amazing Spider-Man: Lethal Foes is based on the Spider-Man cartoon of the time and pits Spider-Man against several of his old foes as well as an army of Spider-Slayers. Spider-Man can attack with a hand-to-hand combo or by shooting out pellets of webbing. He can crawl on any wall or ceiling and also swing along with his webbing strands if he has enough clearance. The story is told in dialogue scenes with the stage's boss as well as Spider-Man's allies at the end of each stage.

Thanks to Lestat for this translation.