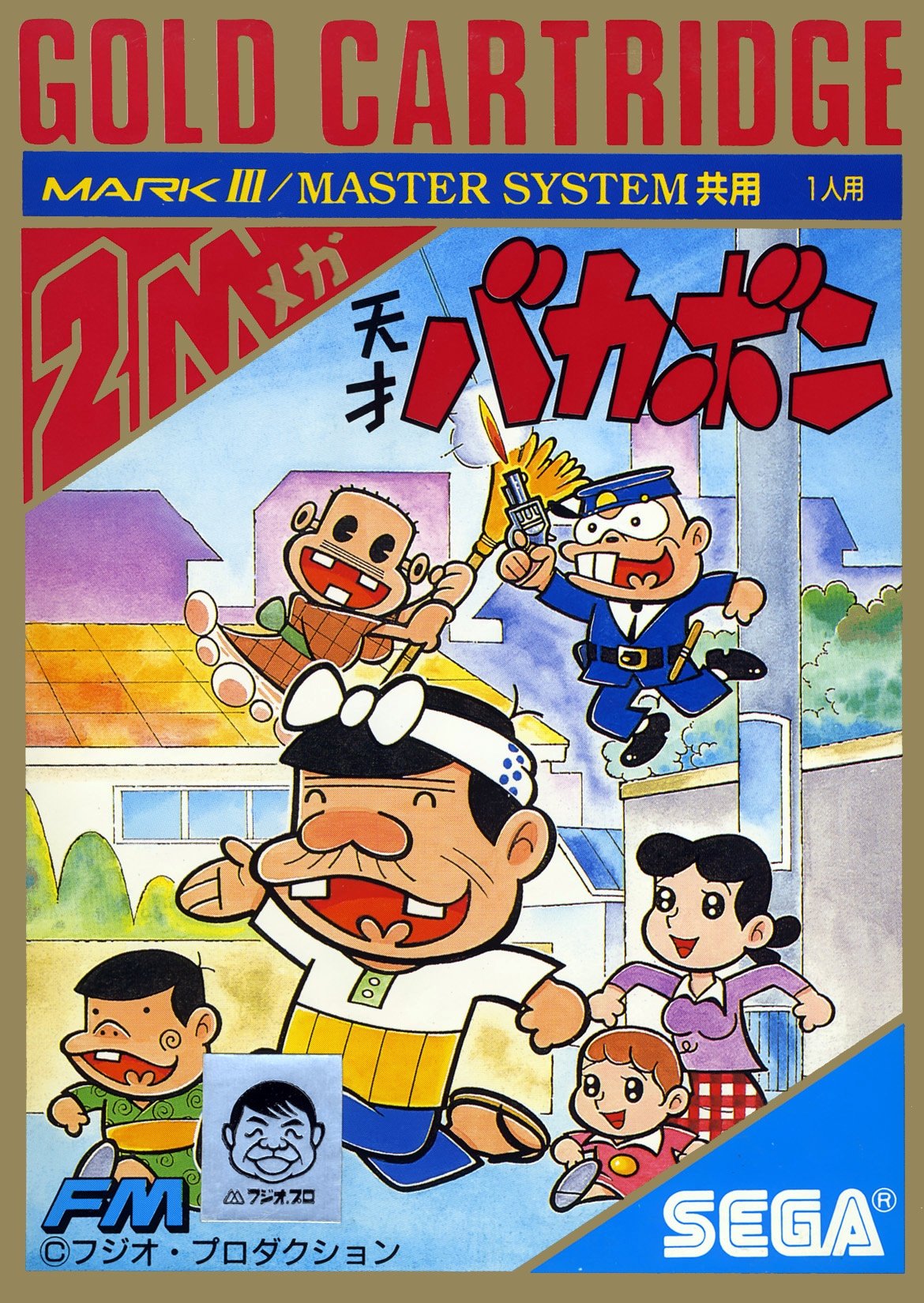 By GambierBae : April 13
Tensai Bakabon ("Genius Bakabon") is based on the manga and anime of the same name, a comedic slice-of-life comic strip that has long since shifted its focus from the original main character, a dull-witted young boy, to the more appealing character of his rather crazy and stubborn Papa. The game has sparse sequences where Papa can jump, shoot enemies and fight with random NPCs, but the game is largely about exploration and talking to NPCs, like in any text/graphic adventure game.