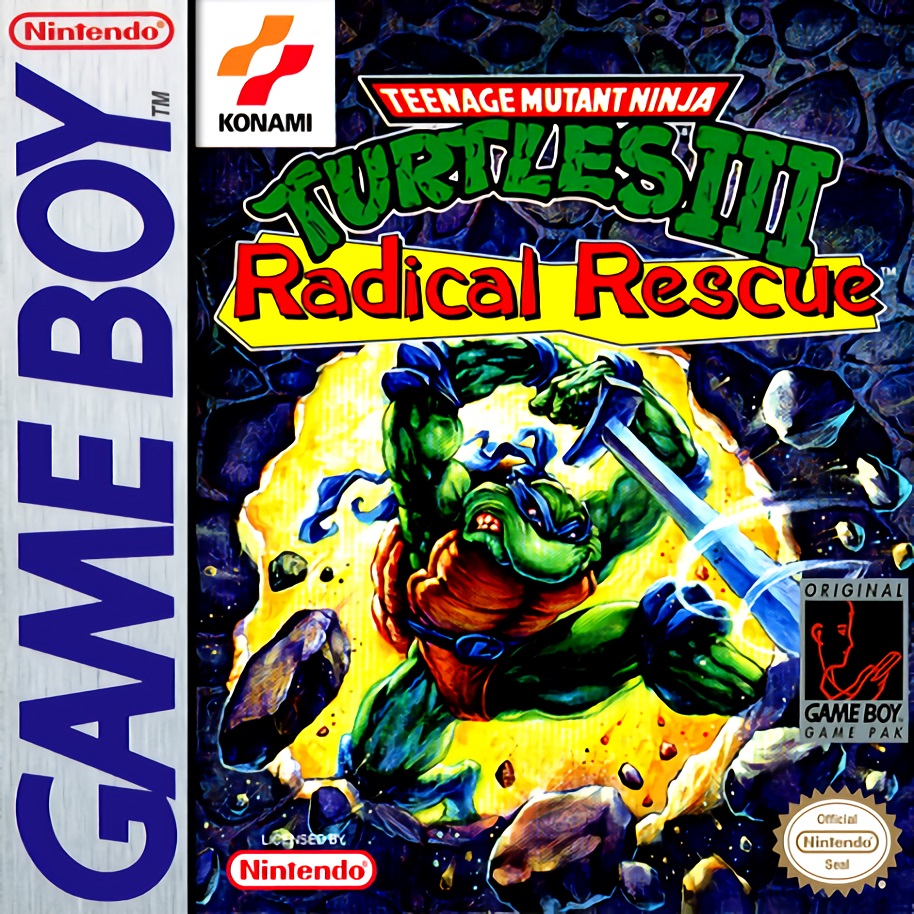 The third Ninja Turtle adventure on the Game Boy takes place one year after the events of the last game. Shredder has escaped from prison, and managed to capture turtle-friendly reporter April O'Neal yet again! Only this time, he manages to capture three of the turtles, Raphael, Donatello, and Leonardo, before the game even starts. So, you start out as Michaelangelo on a quest to rescue your pals and restore justice to the city.

Radical Rescue differs from the previous Ninja Turtle games greatly in terms of level structure. The linear levels have been replaced with one huge interconnected fortress. You progress through the game by finding the various bosses hidden within the fortress, defeating them, and then using the keys they leave behind to open up new rooms. When you happen to find one of the turtles that has been captured, they become a playable character.