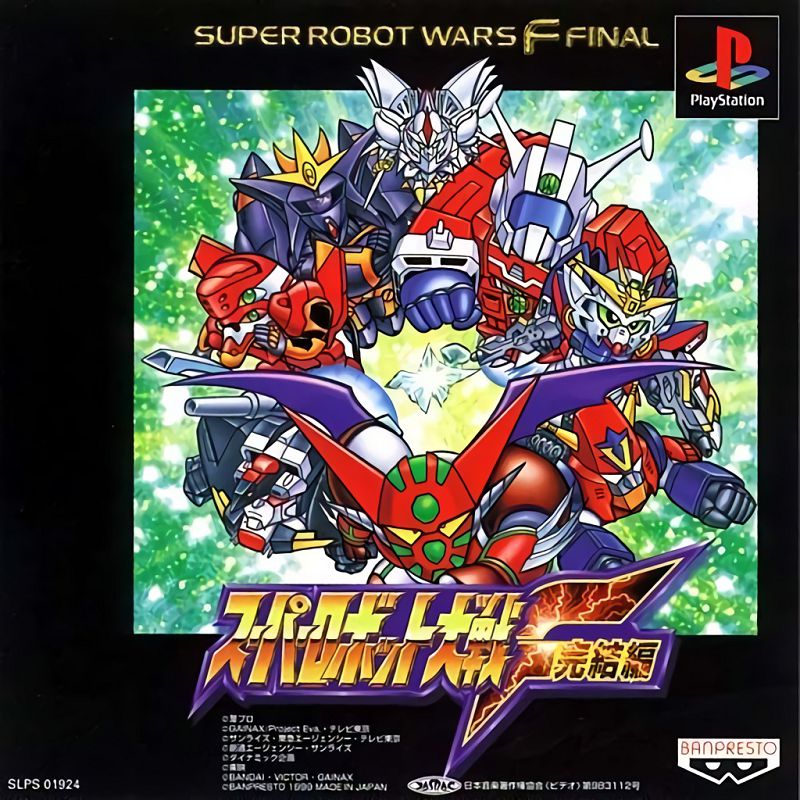 By GambierBae : February 10, 2019
Super Robot Wars F Final (or "Super Robot Taisen F Kanketsuhen") picks up where Super Robot Wars F left, starting at stage 35. F and F Final were originally thought as an unique game, but production delays made the producers decide to split the game in two parts.

This game features the first appearance of Mazinkaiser (created by contaminating the Mazinger Z with Getter rays). Gameplay mechanics are the same of Super Robot Wars 4 (and Super Robot Wars F, of course). It's a turn strategy game, when attacked the player can decide to counter, to dodge (halves the % of being hit) and to defend (it halves the damage eventually received)