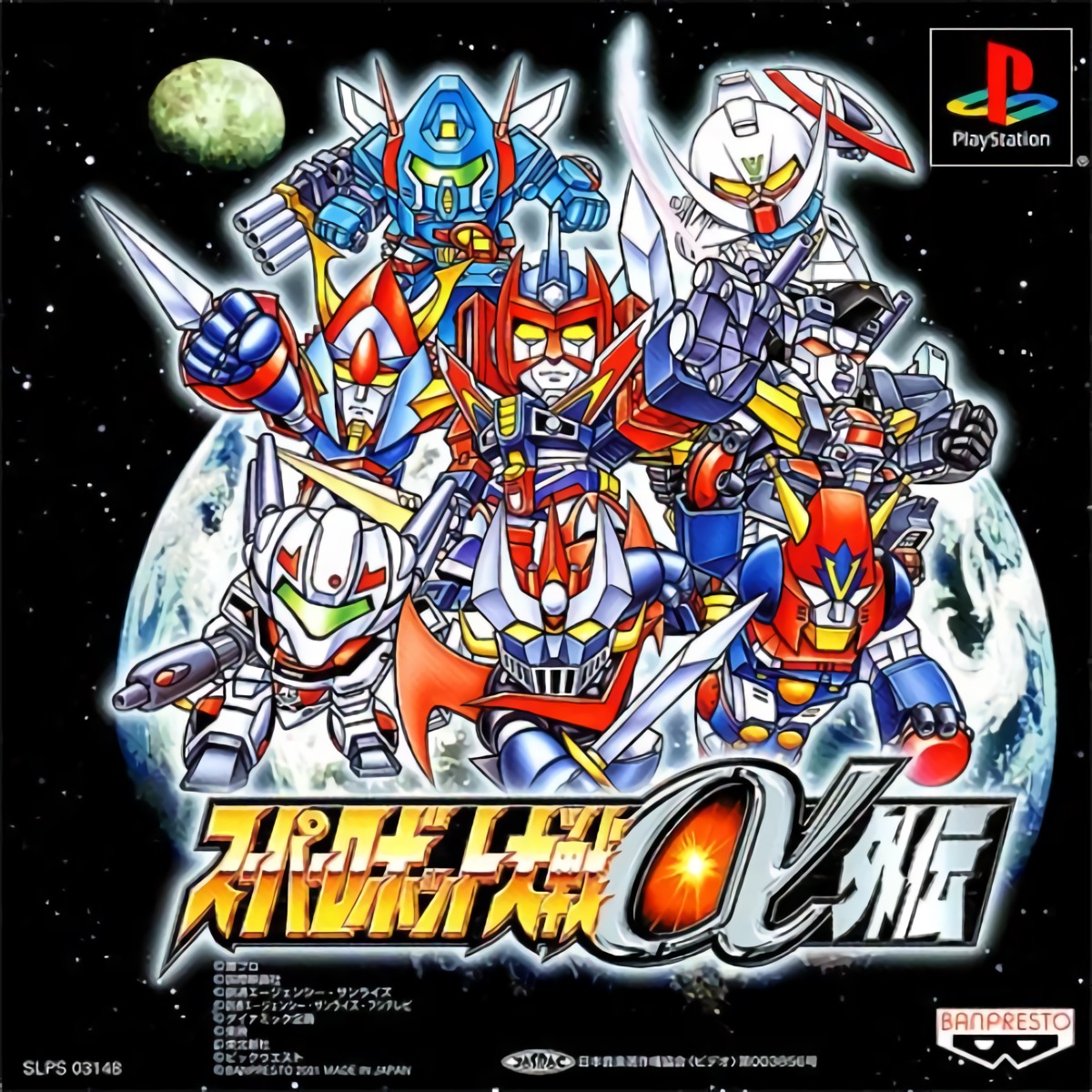 Super Robot Taisen α Gaiden is a side-story to Super Robot Taisen α that takes place in the immediate aftermath of that game's climactic final encounter. It includes 45 new missions, features a simplified upgrade system compared to previous entries, and introduces the Support Ability system that allows adjacent units to attack or defend in unison.

The featured series roster is smaller than its predecessor, as it focuses more heavily on the series' own original characters, but several new series including Combat Mecha Xabungle and Turn A Gundam are represented.