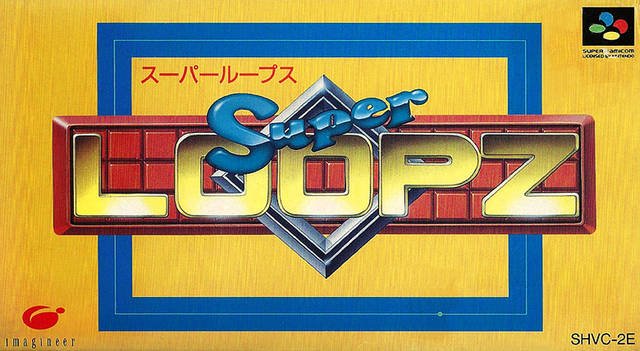 By Tanuki78 : April 7
Super Loopz is the sequel to Loopz, a software released on many consoles and microcomputers. It is a puzzle game whose principle is similar to "Pipe Dream". You have to arrange geometric shapes on the game screen that look like the pipes in Pipe Dream. They can be rotated and the aim is to arrange them in such a way that they form a closed circuit. But you only have a few seconds to place each piece and you lose a life if you don't manage to do it in the time allowed. The different game modes allow you to play indefinitely in "endless" mode or to pass levels with a given number of closed circuits to complete each time. You can play with two people simultaneously in a cooperative way or by confronting each other in split screen. And a "puzzle" mode that changes the rules of the game a bit, since you have to reconstruct a figure appearing on the screen from memory by placing the different pieces that make it up very quickly.