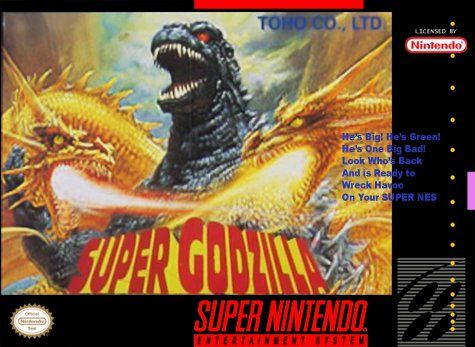 In Super Godzilla, you operate Godzilla with all his huge power and ferocity and enjoy powerful battles between monsters complete with resounding battle cries. The game has two modes: In movement mode, you move Godzilla through cities destroying cities and crushing mountains. In battle mode, you fight dynamic one-on-one battles with enemy monsters. This game introduces a new type of battle system. You make Godzilla attack while you watch the level of his fighting spirit and that of his enemy. When Godzilla unleashes one of his major techniques, such as fire breath, the screen switches to a powerful animation.