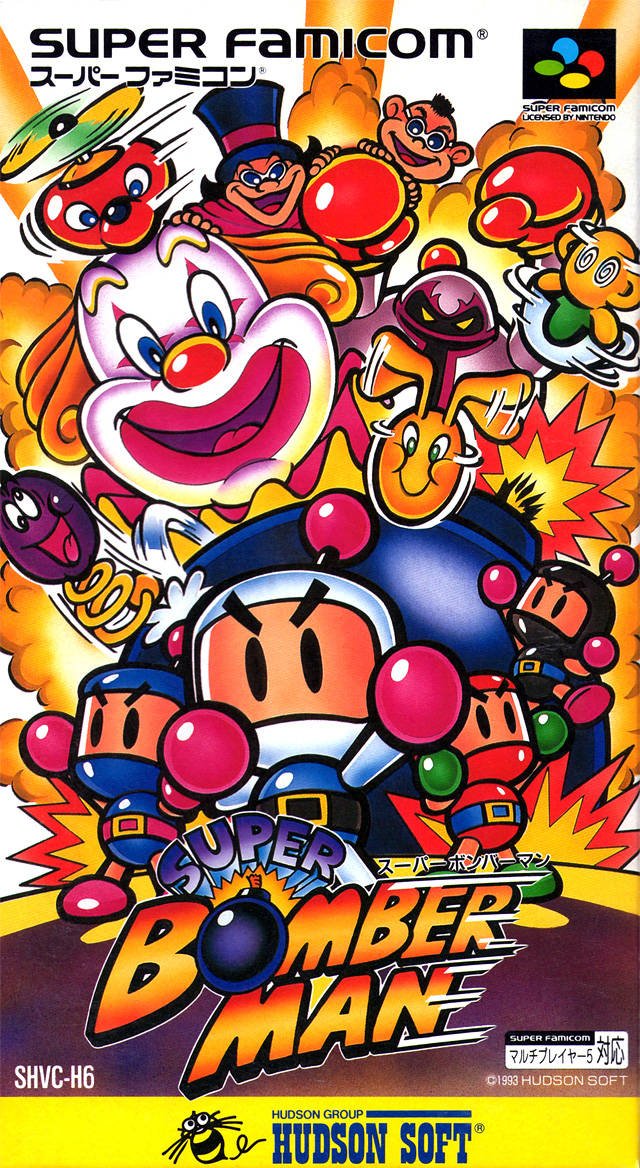 By RomStation : November 5, 2010
Super Bomberman is the first Bomberman game on the Super NES. Like most games in the Bomberman series, Super Bomberman features a normal game as well as the famous battle mode.

In the normal game, Mr. Karat and Dr. Mukk have been terrorizing Diamond City. You must go from board to board, defeating the bad guys and solving puzzles to move to the next board.

In battle mode, up to four players go head to head in a battle to the death. Players can be computer controlled or human controlled via the Super MultiTap.