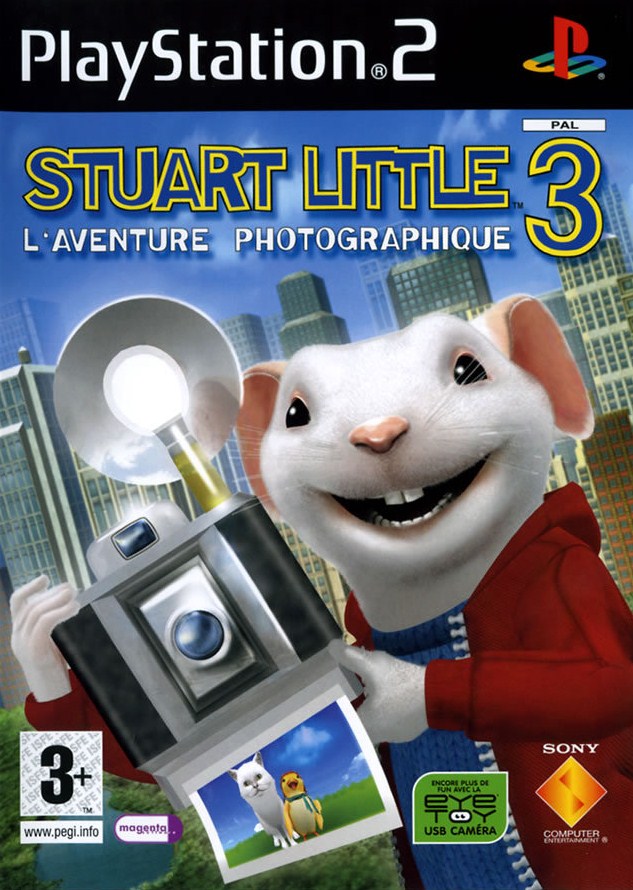 This is primarily a platform game for children who have never played one before. The controls are fairly simplistic. For instance, Stuart's jump button is assigned to X, and whenever another button needs to be pressed, the game will provide a prompt. Talking to another character requires Stuart to stand in a specific area and press a specific button, for instance. Photos can be taken when Stuart has collected enough "flash" light orbs.