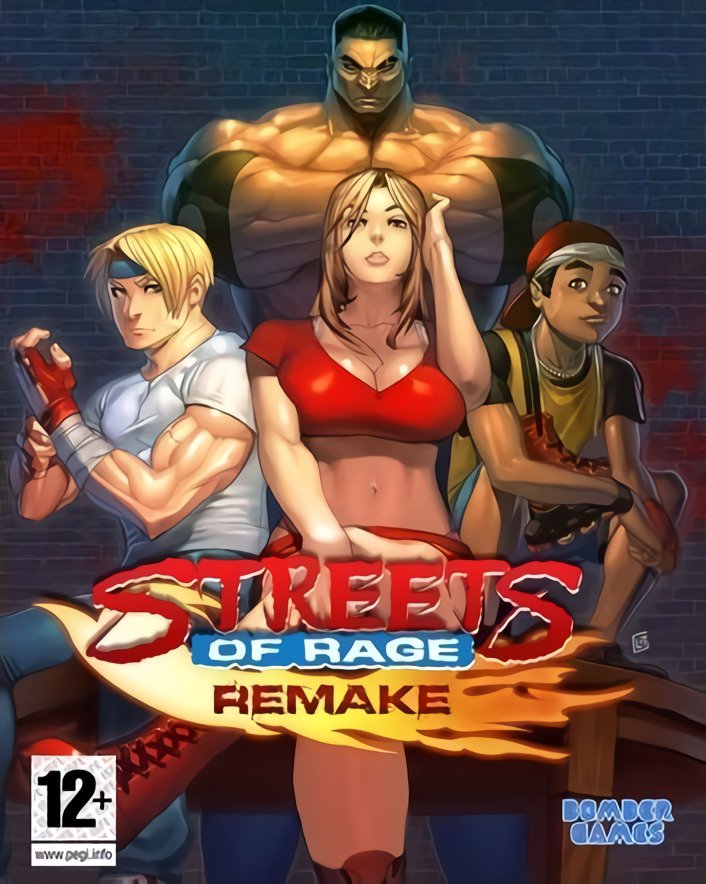 Streets of Rage Remake (also known as Bare Knuckle Remake) is a mind-blowing SOR fangame, released by Bombergames in 2011 on the Microsoft Windows platform. It is ultimately designed as a remake of the original Mega Drive trilogy, though in some ways it can be seen as a true sequel to SOR3.

It is considered by the SOR fan community as a whole to be the definitive SOR fangame, with some going as far as calling it the SOR4 that Sega never made. Truly, it has to be played to be believed - it really is that good. Streets of Rage Remake has been produced to such a high standard we would expect no less from Sega themselves. Kudos to the development team for that exceptional achievement!

The game is programmed from scratch in Fenix programming language (which was developed specifically for 2D games development). It does not use reverse engineering nor a single line of code from the original games. It's all based on visual interpretation, and also sports a whole host of special features and upgrades which bring the SOR gameplay experience into the 21st century, without compromising the classic 'feel' of the originals. The game has 18 playable characters, including a fully recreated Adam in SOR2/3 style, new characters 'Rudra' and 'Elle' (Electra) and a host of awesome new music remixes! Mr. X and the Syndicate are back (again!), more powerful than ever! It's time to once again walk the Streets of Rage!