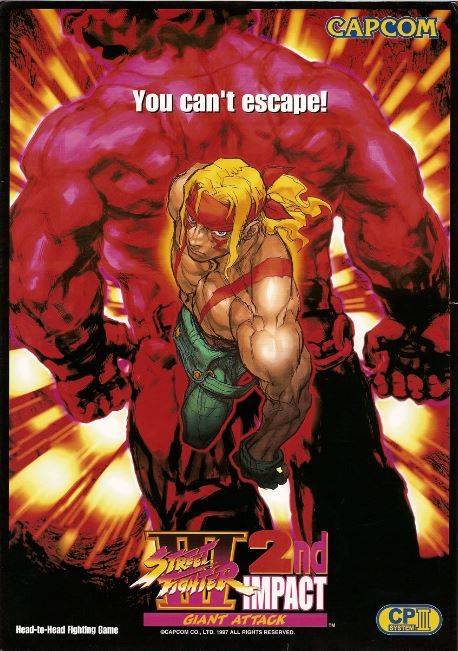 It is an update of Street Fighter III: New Generation. Like its predecessor, it runs on the CP System III hardware. 2nd Impact introduced new play mechanics, new characters, and new special moves. The game also brings back bonus rounds, not seen in the series since Super Street Fighter II. It is also the only CPS3 title to have a widescreen feature.