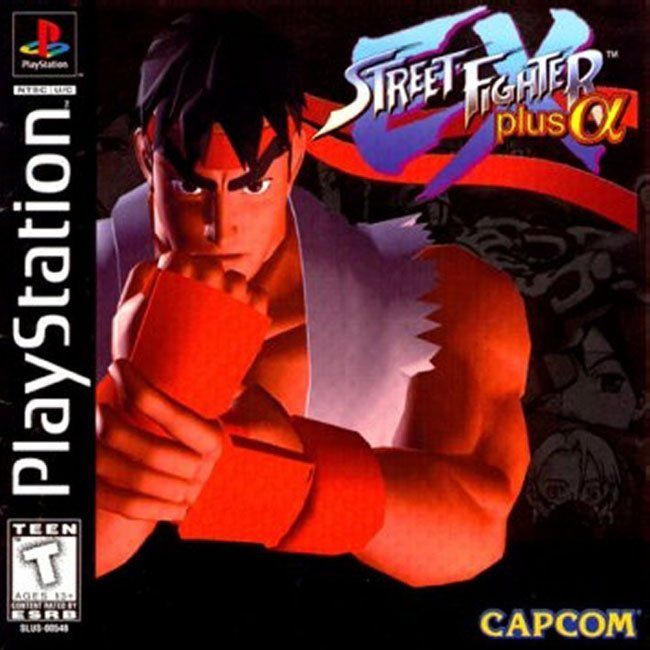 Street Fighter EX Plus α is a 2D fighting game with 3D graphics and the PlayStation port of the original game co-produced by Capcom and Arika.

The gameplay consists of the same vs. fighting matches, with the same features such as: 3 level super combo gauge, guard break, cancel moves and super cancel moves. This port features the 21 characters from the arcade port plus 2 new characters such as Sakura Kasugano and Dhalsim to make a total of 23 characters. It also contains game modes such as the original arcade mode; versus mode (a free 2 player mode); team battle mode (a group battle with a set number of teammates); survival mode to test your fighting skills; time attack mode to compete against the clock; training mode to practice your combos and attacks, with a sub-mode called expert mode to learn special moves and combos and unlock cool stuff; and watch mode (watch a two-player match controlled by the CPU).