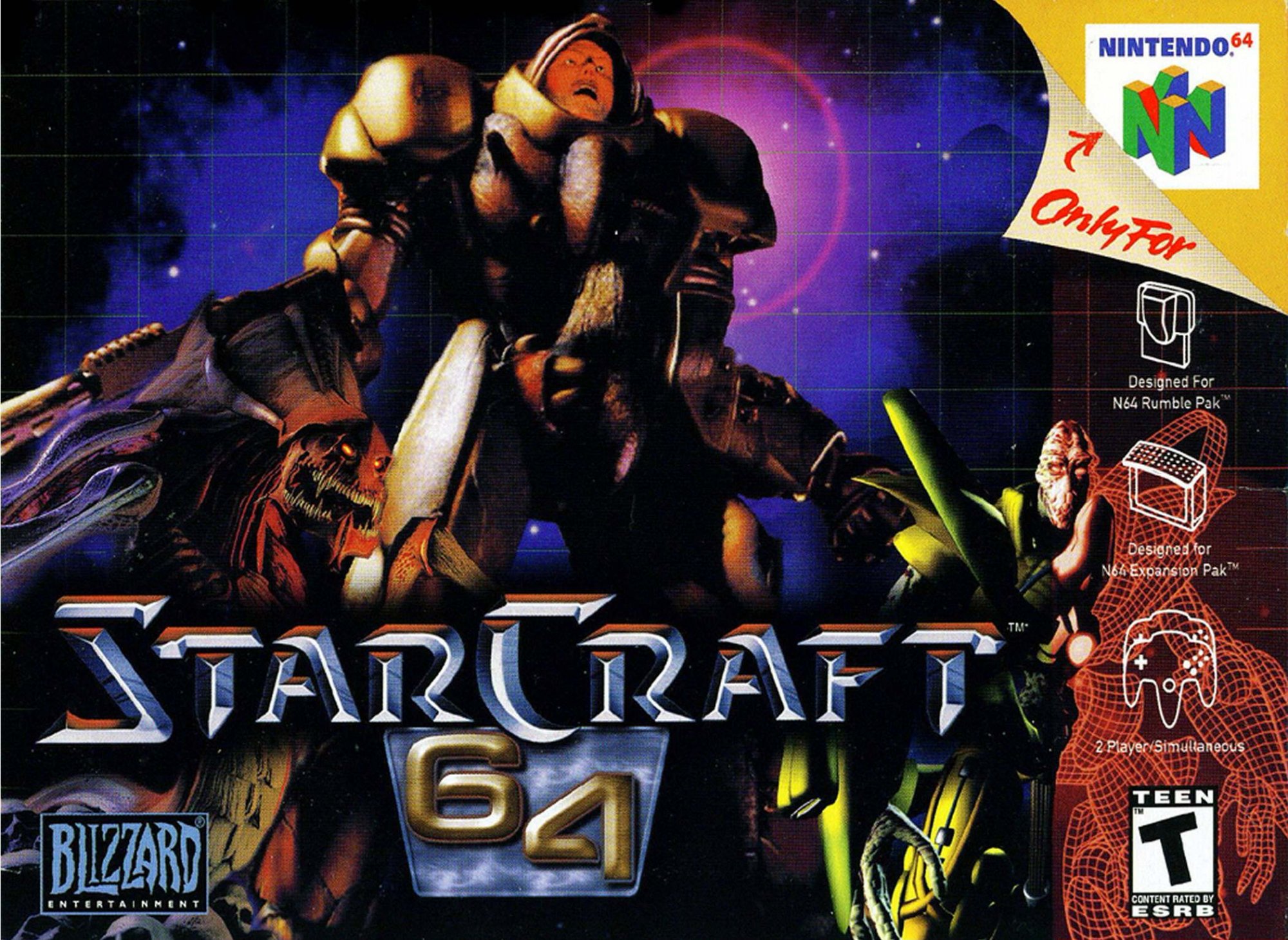 By GambierBae : September 21
In the distant future, a small group of human exiles have been doomed to fight for survival on the edge of the galaxy. Through military strength, espionage, and deceit, a unified Terran government has maintained an uneasy peace. But as resources and fuel run short, the Confederate nations find themselves looking towards the rich worlds of their alien neighbors, the enigmatic Protoss. To further complicate matters, it seems that a previously unknown species-- the Zerg-- has entered Protoss space and is destroying everything in its path. The time for war has come.

The N64 port of StarCraft is a real-time strategy game featuring three distinct races - Terrans, Protoss and Zerg. Controls have been adjusted for the gamepad, with several Hot-Key menus available, and resource gathering has been automated to limit the required number of options. However, it lacks the cutscenes and map editor of the original game.

If the player has the Expansion Pack for the N64, the entire Brood War expansion is also available. One player can play with up to 7 bots on a random map, or 2 players can team up in co-operative mode (with the N64 Expansion Pack) or go head to head with up to 6 other bots for total mayhem.