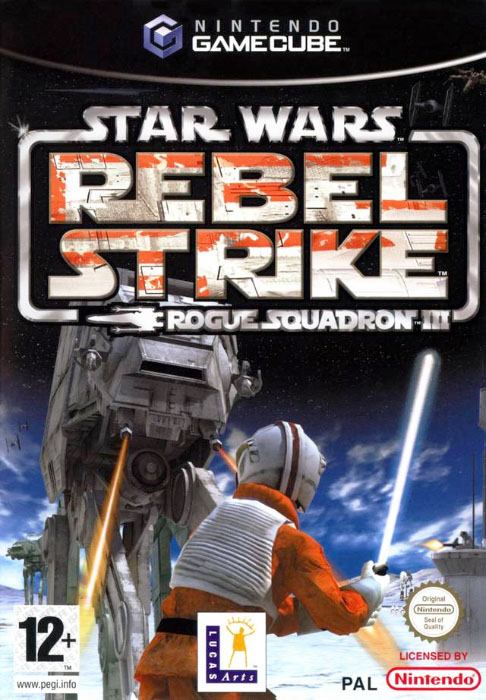 Be a part of the epic battle between the Rebel Alliance and the Empire as a member of Rogue Squadron, an elite group of fighters who are the best chance for the Rebel's to destroy the Empire once and for all.

Taking the part of Luke Skywalker, Han Solo and Wedge Antilles, your mission is to re-live the battles of the original Star Wars trilogy, from escaping the first Death Star to riding Tauntauns on Hoth, to the final battle at Endor. For the first time you can fight the good fight in the air and on the ground, swapping between your X-Wing, a speeder bike and many other attack craft.

Included in the game is the complete version of Rogue Squadron II, specifically built for two player co-op play. Plus there are multiplayer battle modes and full cutscenes straight from the original trilogy.